44 killed in stampede at Jewish religious festival in Israel – Officials 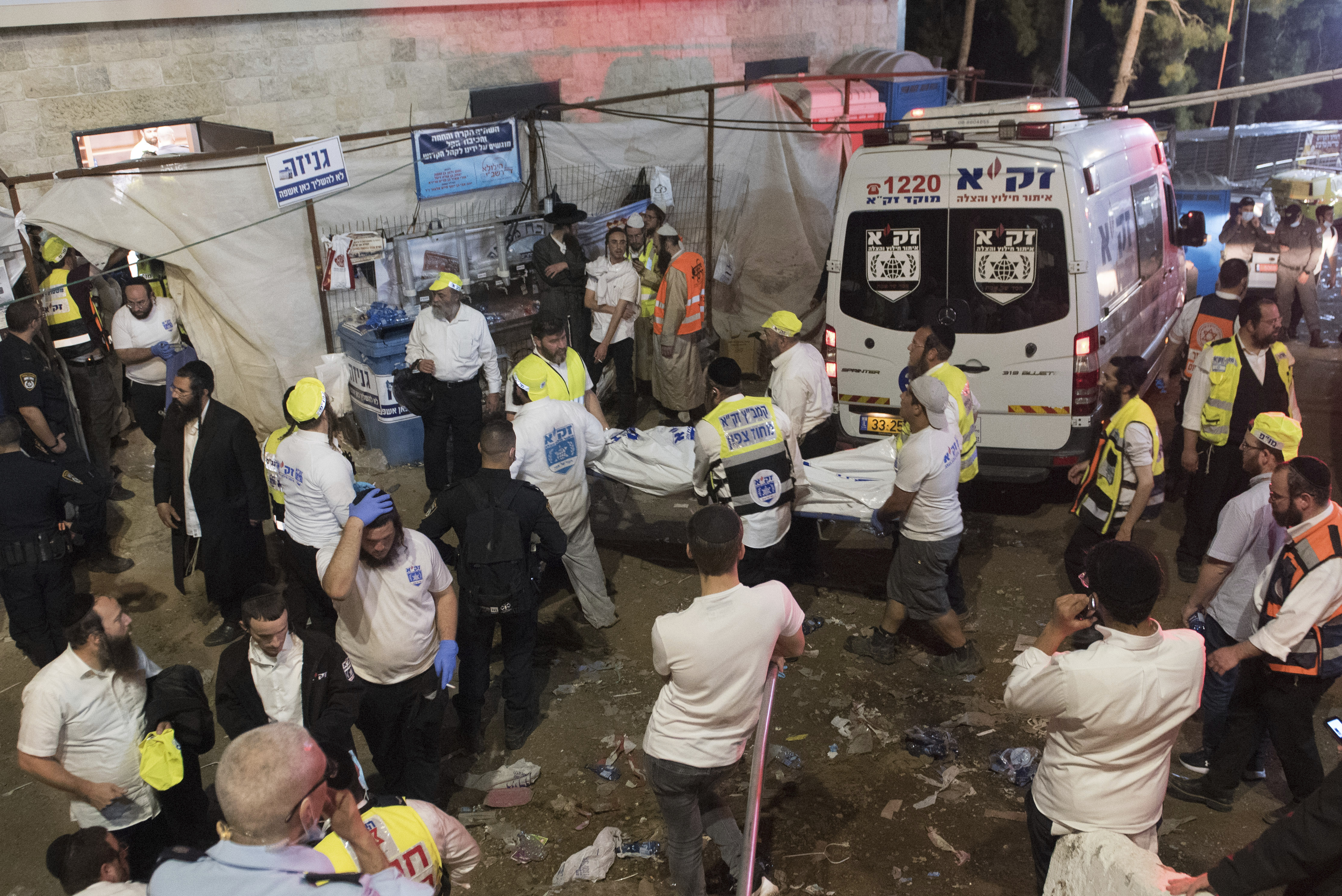 Health officials say 44 people were killed in a stampede at a religious festival in Israel.

The Health Ministry said on Friday 150 others were and have been taken to six different hospitals.

The mass gathering was organised to celebrate the Lag B”Omer, an annual religious holiday marked with all-night bonfires, prayer and dancing, at Mount Meron.

The town is the site of the tomb of Rabbi Shimon Bar Yochai, a second-century sage, and is considered to be one of the holiest sites in the Jewish world.

Authorities capped the number of participants at 10,000, but media reports indicated there might have been up to ten times as many people there.

Reports suggested that the stampede began when people started to slide on a sloping ramp with a metal floor and corrugated metal partitions on both sides, causing the densely packed revelers to fall over each other.

Witnesses however, accused the police of allowing people into a cordoned-off area even though it was already extremely crowded and of not opening the exits on either side quickly enough after a panic broke out. (dpa/NAN)