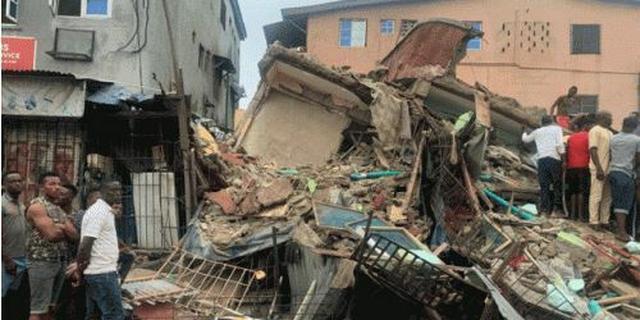 The Director General of the Lagos State Emergency Management Agency, LASEMA, Dr. Olufemi Oke-Osanyintolu, has confirmed the death of a five year old boy when a Building came down in Lagos on Thursday.

Oke-Osanyintolu, said a beam partially collapsed on the boy, killing him.

There were also a few casualties after the three-storey building collapsed at 19, Church Street of Adeniji Adele Street on Lagos Island.

Other occupants who, however, sustained varying degrees of injury were taken to hospital for treatment.

“The distress call which was transmitted at 10:55 am, July 8, 2021, through the Toll Free 767/112 Emergency numbers activated the Lagos State Emergency Response Plans that saved the lives of other residents and properties surrounding the affected building.

“Situation report had it that upon arrival at the scene, a room beam partially collapsed on a five-year-old boy, at the aforementioned address.

“Further investigation revealed that the building had been slated for non integrity test; because of visible cracks on the beam and columns of the building, all the tenants had been asked to evacuate the building and also the building has been cordoned off for safety of residents.

“Unfortunately, a small boy lost his life to the incident scene,” the Director General said.