75 Migrants Drown In Libya While Heading To  Europe 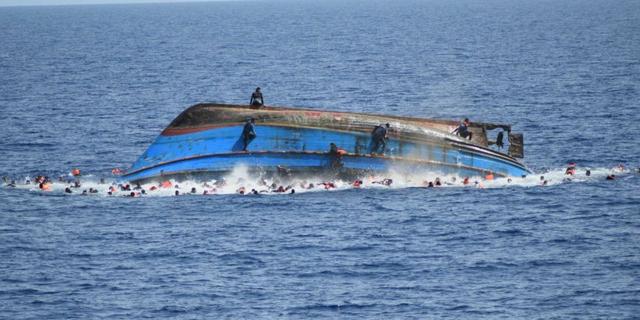 Seventy five migrants have been confirmed dead while 15 were rescued when their boat capsized while they were heading to Europe.

The affected migrants were lost to sea when a boat transporting 92 Sudanese, Pakistani, Gambian, Nigerian, and Ghanaian nationals wrecked off the Libyan coastal city of Zawara on Wednesday, November 17, 2021.

At least 15 of the travellers were rescued by fishermen, according to a report by Info Migrants.

Six bodies have been retrieved by the fishermen with the support from locals.

Over 1,300 migrants have been lost in the Central Mediterranean this year in attempts to illegally cross into Europe, usually via Italy.

More than 30,000 migrants have been intercepted at sea and forcibly returned to Libya since January, almost triple last year’s interception figures.

European governments have for years struggled to find an effective response to stop the flow of African migrants over the Mediterranean from Libya.

More than 61,000 have reached Italy this year, according to the Italian government. -Pulse.