A Catholic Priest Kidnapped In Anambra 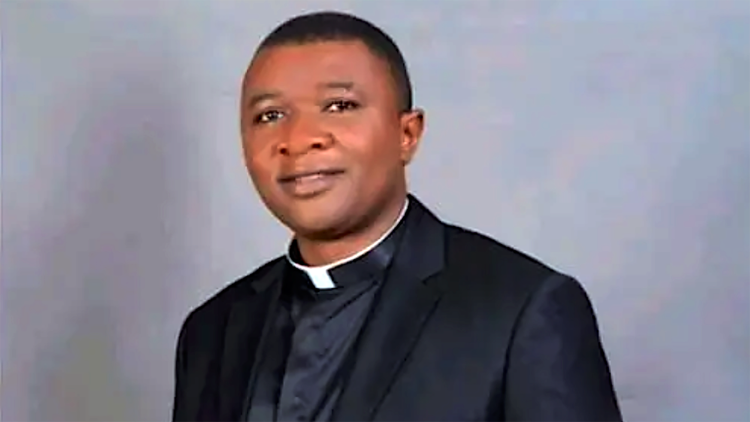 A Priest of Onitsha Catholic Archdiocese, Rev. Fr. Joseph Igweagu, has been kidnapped by unknown gunmen in Anambra.

Igweagu, Parish Priest of St. Joseph Parish, Abata Nsugbe, Anambra East Local Government Area of the state was kidnapped on Wednesday, October 12 on his way home after a vigil Mass at Umunnachi in Njikoka area of the state.

A statement on behalf of the Onitsha Catholic Archdiocese by the Chancellor, Rev. Fr. Prudentius Aroh on Tuesday in Awka, announced the incident.

The statement titled: “An urgent call for sincere prayer for Kidnap of Rev. Fr Joseph Igweagu”, did not give more details as to whether his abductors had called to demand for ransom or not.

“It is with shock but strong faith in the love and protection of God that we announce to the Priests, religious, lay faithful of Onitsha Archdiocese and all men and women of goodwill, the abduction of our Priest Rev. Fr. Joseph Igweagu, the Parish Priest of St Joseph Parish Abata Nsugbe.

“Rev. Fr. Igweagu was kidnapped while returning to his house after celebrating a funeral Vigil Mass at Umunnachi on Wednesday evening, Oct.12.

“We solicit for sincere prayers for his unconditional release from the hands of his abductors. The Archdiocese of Onitsha is doing everything possible to secure his freedom.

“While we pray for the conversion of his abductors, we call on our Mother Mary, to intercede on his behalf so that he will be quickly released unhurt.”

When contacted, DSP Tochukwu Ikenga, Police Public Relations Officer (PPRO) police command in Anambra, said the command was not aware of the incident.

“There is no such report before me please. I urge the Catholic Archdiocese of Onitsha to come forward with necessary information that will help us embark on investigations for possible rescue of the victim,” Ikenga said.- Whistlers.