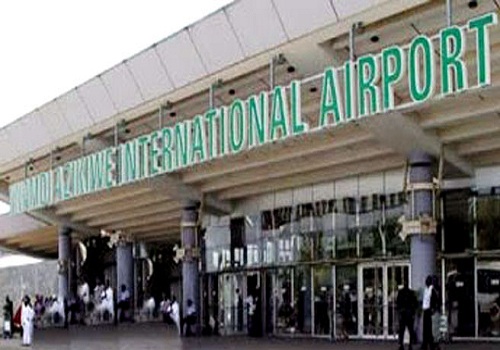 Mr Mahmud Sani, the Airport Manager, Nnamdi Azikiwe International Airport (NAIA), has reaffirmed the commitment of management team to intensify efforts to sustain the standard and integrity of the airport.

Sani said this on Tuesday in Abuja at an “ Airport Emergency Mock Exercise Difficult Terrain, “ a process needed for recertification of the airport.

According to him, the management will further make frantic efforts to ensure that Civil Aviation Authority (CAA) recertify NAIA.

Sani, who said that certification period was every three years, added that NAIA was certified in 2017 and was due for recertification.

“Today, we have just exercised our “Airport Emergency Programme. “

“It is part of our recertification process. NAIA was certified about three years back, so we are in the process of recertification Nnamdi Azikiwe International Airport Abuja.

“ This programme we experienced today was part of requirements to fulfill the requirement by the CAA and we have just done it.

“We tried to do this exercise to see how we can mobilise our human resources at the time of accident in an airdrome. We have Fire and Rescue Department manning the airport 24 hours,” he said.

Sani stated that the exercise prompted the department to come out to show how professional they were in terms of mobilisation and rescue of people.

The manager disclosed that the exercise was mainly about how to rescue victim from accident at the difficult terrain.

Sani, who said that the exercise had helped to advance the usage of tele-commination gadgets, adding that it had equally helped in demonstrating how stakeholders could respond in real accident.

“As an airport operator, we go into Memorandum of Understanding (MoU) with sister organisations in case of incidence or accident in the airport, so that they can come to our rescue.

“With this exercise, we are able to see response of our stakeholders, which is commendable.

“ They are Teaching Hospitals, Air Force, Fire Fighter Service, Police, Civil Defense, NEMA, Road Safety Corps. All of them have been mobilised and come to service. These are things we achieved today, “ he said.

Sani, further said that the exercise had helped to identify some failures in the activities of the airport and to correct them.

“So far so good, we are going back to access ourselves inside the Emergency Operation Centre with all the stakeholders.

“We have some observers that oversight this exercise that will tell us the shortcomings and then we work on them, “ he added.

Contributing, Mr Rindap Nantim, Deputy General Manager, Aerodrome Rescues and Fire Fighter Department in NAIA, said that the exercise had given opportunity to the expert men in the department to display their skills.

According to him, Federal Airports Authority of Nigerian (FAAN) service is specially planed in the sense that any fire Fighter that reports to duty can carry out a check on its equipment.

Nantim said that the issue of lack of water did not apply to airdrome as there was water supply everywhere.

He added that the vehicles in the airport had been designed to operate within the given period of time.

“The moment you arrived at the crash scene, in the first three minutes if the man does not have required foremanships training, he uses the monitor to operate.

“That is less than a minute because the 10,000 liters capacity vehicle can exhaust in three minutes.

“ With the training that has been going on, I think our men are better positioned. They have the response capability to carry out their job very well even in rough terrain, “ he said. (NAN)