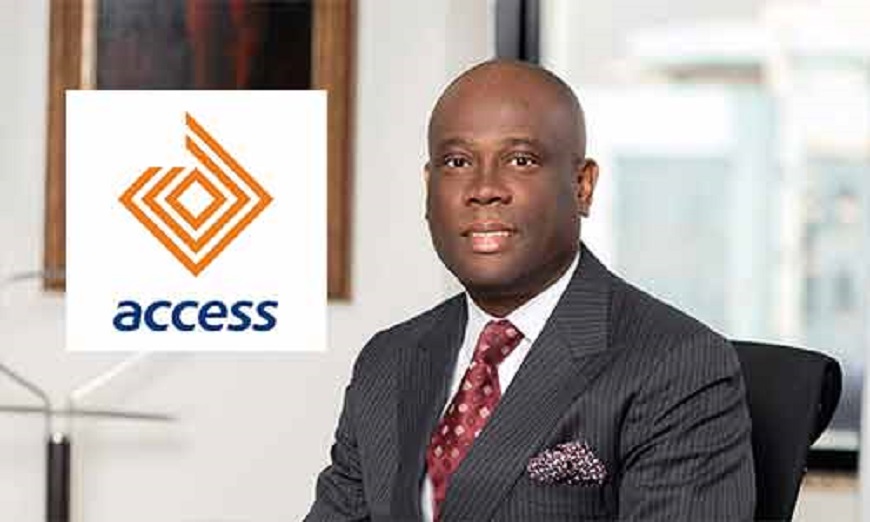 Wigwe, said the bank would not rest on its laurels, but instead will continue to redefine possibilities in sustainable banking,” .

Over the years, Wigwe has spearheaded Access Bank’s cultural, technological and digital transformation, which has resulted in sustained year-on-year improvement in financial performance and the creation of strategic initiatives that have positively influenced the Nigerian economy.

Building on its successful expansion into Kenya, Cameroon and most recently, South Africa, Access Bank has also announced plans to make entries into Angola and Mozambique.

Based on this and in acknowledgment of his stellar leadership in the market expansion of Sub-Saharan Africa’s largest bank and navigating the challenges posed by the COVID-19 pandemic, that Wigwe was recognised as the ‘Banker of the Year’ at the 2020 Leadership Conference and Awards, held in Abuja.

The award follows Wigwe’s recognition as the Banker of the Year at the 2021 African Banker Awards (second consecutive time) and Best Banking CEO at the 2021 Global Brands Magazine Awards.

Receiving the Award, Wigwe credited the efforts of all the employees at Access Bank who put a lot into ensuring that the institution has been able to attain the level of success that it has experienced over the last 18 months.   “This Award is dedicated to all the ‘Access Warriors’ who bought into our vision to establish Access Bank as not only the Africa’s gateway to the world, but also as the world’s most respected African Bank. Together, we have been able to provide financial services to over 22 million previously underbanked individuals; given over 1 million women access to financial and non-financial offerings; and set the pace in banking through our novel digital and sustainable initiatives.