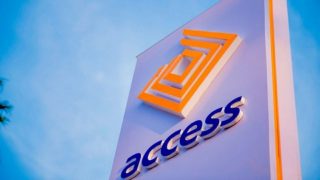 Access Holdings Plc, is working to raise more capital outside of its internally generated capital to fund its strategic 5-year (2023-2027) growth plan.

The Chief Executive Officer of Access Bank, Mr Roosevelt Ogbonna, disclosed this during the presentation of the Access Corporation’s Corporate strategy 2023-2027.

Ogbonna noted that the corporation needs to work with its DFI partners and international financial markets to achieve the capital raise.

He said, “We’ve done our capital plan. We’ve shared that capital plan with the central bank, but we cannot share it in an open forum like this. But I can give context and I can give colour as to what exactly it is.

The capital plan suggests that on a go-forward basis, we will need beyond internally generated capital, we will need to work with our Development Finance Institutions (DFI) partners, as well as our international financial markets. To raise both, senior debt, as well as quasi-equity to support our growth.”

Meanwhile, the Group Managing Director of Access Holdings Plc, Mr Herbert Wigwe, said that by 2027, the group expects the Nigerian subsidiary would be contributing about 52 per cent of revenues compared to the 82 per cent revenue it contributed to group revenue as of Q3 2022.

He added that the new verticals will also be contributing 12 per cent of total revenues, as revenues from African Subsidiaries are expected to double over the next 5 years.

He noted that PBT contributions from Nigeria Bank are expected to reduce from 63 per cent (9M’22) to 33 per cent while the new verticals are expected to contribute 19 per cent of the profitability by 2027, while African Subsidiaries will contribute 20 per cent as its footprint grows across the Continent.

Wigwe said the Net Interest Margin (NIM) is expected to be at least 6% in 2027, according to him the growth in NIM will be driven by increased lending within the core Bank and by the growth in LendCo’s business which will typically have higher margins on average.

“Healthy ROE returns expected over the next 5 years as we continue to maximize returns for shareholders. ROE along with ROA is expected to grow, as a result of improvements in CIR and an increase in footprint across higher efficiency locations,” he said.