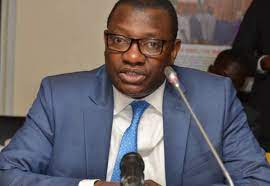 The industrial action embarked upon my employees of Addax Petroleum Development Nigeria has been called off.

The workers, under the auspices of the Petroleum and Natural Gas Senior Staff Association of Nigeria (PENGASSAN), had commenced their strike action last week.

Bala said that with despite the strike action, the asset has continued production in line with the understanding reached last week.

He said, “Sequel to several stakeholder engagements with NNPC Limited, the industrial action embarked upon by ADDAX PENGASSAN Members has been called off with immediate effect and work has resumed fully.

“It should be noted that the asset has continued production despite the strike in line with the understanding reached last week.”

About 324 Nigerian employees of Addax Petroleum Development Nigeria had accused the company of engaging in anti-labour practices that endangered their safety and security.

The company is operating the assets in Production Sharing Contract (PSC) with NNPC Ltd.

Government withdrew the operating licences of Addax in March 2021 due to the company’s refusal to fully develop the oil wells.

NNPC has since taken over the assets hitherto run by Addax and had resumed lifting all the oil thereof since June.