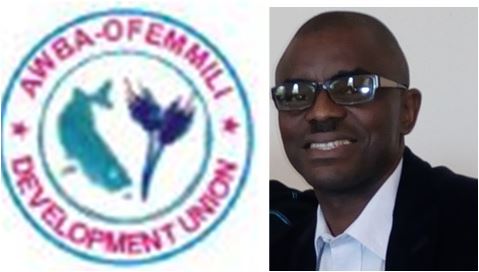 The Lagos branch of the Awba-Ofemili Development Union (ADU-Lagos) has concluded plans for the hosting of its maiden awards and civic centre fund-raising.

He said that the President-General of Awba-Ofemili Development Union, Hon. Dr. Ike Offorkansi and former president, Chief Chukwuma Nwabufo, have been confirmed to be on the entourage of His Royal Highness, Igwe Ezekwesili Maduagwuna, Ofemili 1 of Awba-Ofemili to grace the occasion as the Royal Father of the day.

A press statement by the chairman, ADU Lagos 2019 Awards & Civic Centre Fund Raising Committee, Mr. Odera Onuzulike, said that Ozo Benard Chidebe as the father of the day, would be accompanied by Lolo Gloria Chidebe and Chief (Mrs) Alice Okoye, both as mothers of the day.

Onuzulike also said, that the Lagos State governor, Mr. Babajide Sanwo-Olu and his counterpart from Anambra State, Chief Willie Obiano would be the special guests of the day and the President, Association of Anambra State Development Unions (AASDU), Chief Barr. Vincent Osakwe will be on hand to welcome guests alongside Nweke.

For the Committee vice chairman, Prince Toike Obidigwe, over 30 indigenes and friends of Awba-Ofemili town in Awka-North LGA of Anambra State, would be honoured at the occasion, to encourage community development and peace-building.

In addition, he urged branches nationwide Awba-Ofemili Development Union to queue and support Lagos branch in this noble venture, just as he promised it would be exciting moment.

Minister of Communications Excited Over Increased ICT’s Contribution To GDP