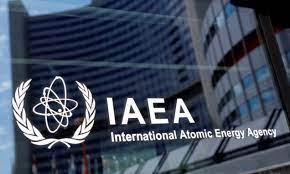 Nuclear energy supporters including politicians and activists sought to polish the industry’s spotty image on Wednesday, using the COP27 climate summit in Egypt to argue that atomic power offers a safe and cost-efficient way to decarbonize the world.

Rising concerns about the swift pace of climate change and tight power supplies around the globe have softened some policy makers view of nuclear energy, an industry that has struggled for years to draw investment because of worries about safety, radioactive waste, and huge costs for building a reactor.

The International Atomic Energy Agency, IAEA, an intergovernmental organization that seeks to promote nuclear power, opened an exhibit at the U.N. climate gathering of global leaders in Egypt – its first time doing so in 27 years of the annual international climate negotiations. The showcase expounded the technology’s potential in the fight against climate change.

“When you talk about nuclear, you’re talking about a confirmed energy producer which is not part of the problem, but rather part of the solution,” IAEA Director General Rafael Mariano Grossi told Reuters in an interview.

“You will see that that nuclear energy has a really solid, very consistent safety record,” he added.

U.S. Special Climate Envoy John Kerry, meanwhile, pumped up the industry on Tuesday at a news conference at the summit announcing the U.S. Export-Import Bank (EXIM)’s formal interest in providing $3 billion in financial support for a nuclear plant in Romania.

“We have a viable alternative in nuclear. This is one of the ways in which we can achieve net-zero,” he told reporters, referring to an international target of cutting net greenhouse gas emissions to zero by 2050. “We don’t get to net zero by 2050 without nuclear power in the mix.”

The United States has already earmarked billions of dollars toward keeping existing nuclear power plants open as part of a broader strategy to decarbonize the economy and is hoping to encourage .

The nuclear power industry has had trouble raising money in recent years, having taken a huge public relations hit following the 2011 reactor meltdown at the Fukushima power plant in Japan. Russia’s invasion of Ukraine has further raised concerns about nuclear safety with sporadic fighting and power cuts at the site of the Zaporizhzhia plant.

Oleksii Riabchyn, advisor to the Ukraine government on green energy, told Reuters at the summit that he thought the country’s reactors required a missile shield to protect them.

IAEA’s Grossi said the security concerns in Ukraine should not dissuade countries from building nuclear plants: “The big problem is war, is not nuclear energy or any other industrial activity.”

He added he was in the midst of “very complex” negotiations with Russia and Ukraine over a proposed no-combat zone around the plant and hoped for an agreement soon.

“We have been saying that nuclear is a solution for climate for many years and the geopolitical climate has changed and people are now listening,” she said.