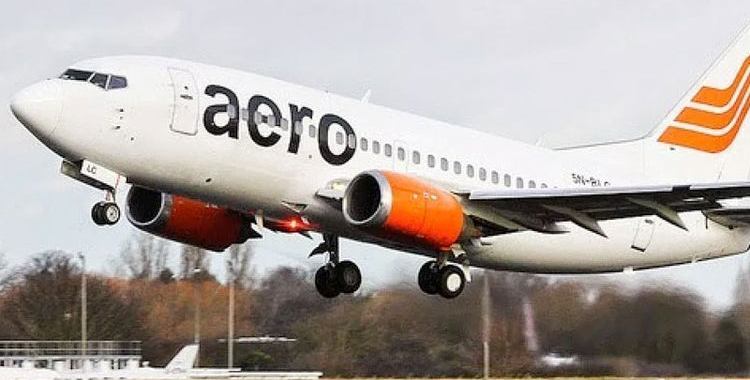 Aero Contractors, has tendered unreserved apologies to customers over poor service delivery during the week in Asaba and Abuja.

The airline however, blamed delay of flight out of Asaba to bad weather and that also its flight took off from Abuja but could not land in Asaba, and had to do an air return to Abuja.

“Later the flight went back to Asaba. However, due to sunset time limitation in Asaba, we had to combine the flights as the flight from Lagos was also delayed due to bad weather. ” the airline explained.

The over booked passengers were offered rebate tickets on their next flight or total refund. One passenger was routed via our Benin-Abuja flight the next day while another one was accommodated.

In a statement Aero said, “On the N2-128 flight service from Abuja to Lagos, one of our Aircraft that was meant to night stop out of base had an APU issue which Technical needed to fix by having the aircraft back in Lagos.  Unfortunately the earlier operating aircraft had a bigger capacity, so there was an excess of booked passengers. DANA air was contacted for the re-protection of the passengers which the airline agreed to do, but some of the passengers refused, insisting on going with Aero.

“This led to the delay but finally almost all the passengers were put on DANA while one passenger was refunded his money based on his preference.

“We offer our unreserved apologies to our highly esteemed customers and assure them that we have taken adequate measures in our operations to ensure this does not repeat itself. We remain committed to the safety and comfort of our customers at all times.”