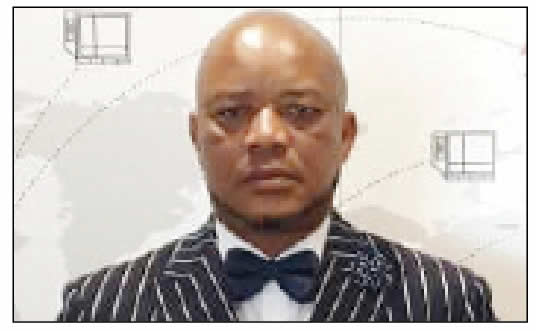 President, of the Association of Foreign Airlines (AFARN), Mr. Kingsley Nwokoma has lauded the initiative of the Nigerian Airspace Management Agency (NAMA) for the upgrade of navigational facilities across the country, stressing that many of the security and surveillance equipment would help greatly to detect the activities of oil thieves and people with nefarious activities.

He particularly praised the upgrade would also occur to nine Monopulse Secondary Surveillance Radars (RSM 970M) to cover the following stations – Lagos, Kano, Abuja, Port Harcourt, Ilorin, Maiduguri, Talata-Mafara, Numan, and Obubra configured to be interconnected through a VSAT network and one that intends to improve the country airspace surveillance.

The agency is at the completion stage of its pet project, the Wide Area Multi-“lateration (WAM) system, which is a surveillance system to cover Nigeria’s delta region and whose cost was put at $12.9 million.

Nwokoma explained, “We hear situations where helicopters operate, and you can’t identify them with oil theft going on. All these installations are going to improve safety not only in the aviation industry but safety of human lives. A drone is a smaller thing. If those drones land in the forest, the installations will capture their movement”.

Nwokoma who spoke to journalists in Lagos to announce the AFARN Safety Summit and Awards 2022 with the theme, “Aviation Safety In A Global Distressed Economy: The Place of Nigeria”, disclosed that the aviation industry was the most affected by COVID-19, adding that it took a long time before the sector recovered.

The economies of the world according to him were distressed further by the Russia-Ukraine war, hinting that the theme of this summit is in view of the new world order and the place of Nigeria in terms of aviation security.

The Minister of Aviation, Senator Hadi Sirika will be the special guest of honour, while the Governor of Lagos State, Mr. Babajide Sanwo-Olu will be the host. The major theme of the event will be presented by the Managing Director of the Federal Airports Authority of Nigeria (FAAN).

The most interesting part of the summit he reiterated is the presentation of the award to the Chairman, of the National Drug Law Enforcement Agency (NDLEA), Brigadier-General Buba Marwa (Rtd) for waging war on drug trafficking in Nigeria.

His words, “The airports are some of the major gateways, and people who smuggle drugs have always been caught. A couple of weeks ago, we woke up with the news of close to $300 million drug that was discovered in Ikorodu. AFARN has deemed it necessary to honour him. He will be getting an award that day and will also be inducted into the hall of fame”.

“The MD of FAAN, Capt. Rabiu Yadudu, the DG of NCAA, Capt Musa Nuhu MD of NAMA, Lawrence Pwajok, Commissioner Accident Investigation Bureau (AIB), Akin Olateru will also be inducted into the AFARN Aviation Hall of Fame. Of course, there will be other awards that would be given out that day”.

“Other activities include the presentation of the integrity award to the AVSEC airport team of FAAN. Of late, there have been a lot of missing items that have been returned to their rightful owners. It is for them to know that we appreciate what they do. We commend them and let them know that we are able to do more. There is something we always do during AFARN yearly summit. We are presenting a humanitarian cheque to Mkar Orphanage in Benue State”.

The AFARN chief berated the decision not to allow foreign airlines to repatriate all their funds from the country, describing it as a gross violation of the Bilateral Air Services Agreement (BASA).

“We should know that we have BASA with these airlines. We are even lucky that foreign airlines are still coming to this country because smaller countries are respecting agreements; there is no reason why you should not respect agreements. If Air Peace goes to the United Arab Emirates (UAE), South Africa, people buy tickets on Air Peace. Has Air Peace complained that they do not get paid or get their money?”