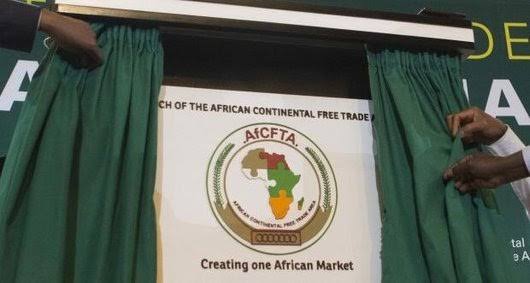 The African Regional Council of Women conference has called for the integration of gender in Africa Continental Free Trade Area (AfCFTA) negotiation in trade services.

The participants at the summit made the call in a communique issued at the end of a three-day conference tagged; “New Awakening for African Women” in Abuja.

The communiqué, which was made available by the National President, National Council of Women Societies (NCWS), Mrs Laraba Shoda was organised by the council.

The conference was organised in collaboration with the Association of Local Governments of Nigeria (ALGON) and Partnership for Advancing Women in Economic Development.

The forum stressed the need for implementation of a trade facilitation agenda to improve safety and reduce the time and cost involved in trading, particularly for small-scale female traders.

According to them, there is urgent need for women to be provided with targeted skills on development and training in local content and rules of origin requirements, sanitary and other technical requirements to meet AfCFTA trade standards and also the involvement of civil society, NGOs, including organisations representing female traders and women’s business associations in national AfCFTA committees.

Also, the provision of gender training for trade negotiators, to create a stronger understanding among technical officials of the links between trade and gender was part of their demand, as well as investing in women employment, entrepreneurship and economic empowerment, including Public-Private Partnership schemes.

It said increasing the access of women-owned businesses to corporate supply chains and improving women’s access to finance through a range of innovative financing instruments ranging from micro loans to venture capital was key. The forum also observed that proper partnership with the media to sensitise people on gender-based violence in the society should be encouraged. It noted that the importance of housing as one of the fundamental needs of human existence apart from food and clothing was also noted.

The forum encouraged women to develop interest in the sector as developers. “Even though the housing sector is considered as enterprise for men, women are known to be better home managers. Women have  also been charged to key into the partnership signed with the Federal Government of Nigeria/Family Homes by the Real Estate Developers Association of Nigeria (REDAN) for the provision of affordable houses,” it said. The conference also called on government at all levels to address the rising cases of insecurity in the country, so that citizens would be able to carry out their responsibilities without any fear. “We as mothers are committed to the unity of Nigeria as one indivisible nation.