AfDB Advocates Investment In Youths, Urge Nations To Invest In Them 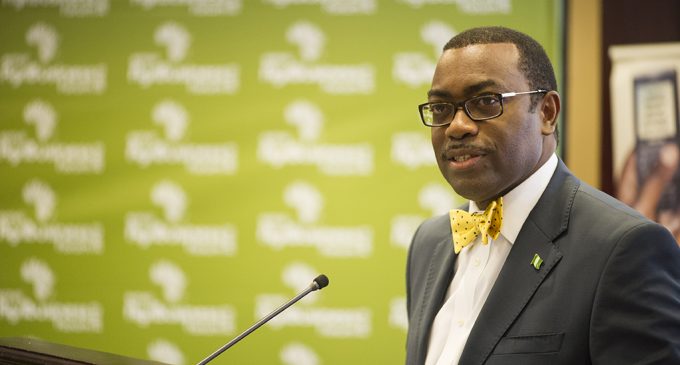 The African Development Bank, AfDB, has called for a dedicated investment policy on youths as they represent the biggest assets of any nation.

The Bank said that Africa’s underinvested youth are in need of urgent attention  and youth entrepreneurship investment banks must become the focus of global support,

Dr. Akinwumi Adesina, president of the Bank made the call on Monday in a discussion on scaling up financing for the continent’s youth.

Adesina was speaking at a virtual roundtable at which he presented a novel concept for youth entrepreneurship investment banks. The roundtable, organized by the African Development Bank, came a day ahead of the Summit on Financing African Economies convened by President Emmanuel Macron.

Otieno urged the world to believe in the youth and to put their hands in their pockets.  “Take a risk on us. You will never regret it,” she said in a moving presentation in which she described her career trajectory which began in a bookshop,  progressed through journalism, to starting her own business growing French beans on 1.5 acres of land.

“Failure is only a weakness if you don’t learn from it,” said Otieno.

“We must support the youth to go beyond looking for jobs. We must unleash the entrepreneurial drive and capacities of the youth to create jobs, Adesina said. “We must grow, finance and support large scale successes of youth -led businesses in Africa.”

Thakkar, chair of the African Development Bank’s Presidential Youth Committee, advised that the youth investment banks would need to be  scalable and self-sustaining.  He said it was very important to create the right incentive structures for governments to encourage the private sector to play a key role.

Research suggests that Africa needs to create 18 to 30 million jobs annually through 2030, and Ladi Balogun, CEO of First City Monument Bank Group, reiterated the urgency of this challenge. He said time was of the essence in terms of mounting a response as well as accelerating decision-making processes for the extension of financing to entrepreneurs. He also advised working through local money managers to achieve scale.

“We have a ticking time bomb on our hands,” Balogun said.

Participants also commended the African Development Bank for taking a lead role in the effort to support youth entrepreneurs, as well as calling on the Bank to play a number of roles.

Yana Kakar said the African Development Bank has an important knowledge transfer role to play.  She added that the Bank has much to share about what is needed in tech-enabled segments versus what might be needed to enable entrepreneurs in more production-oriented segments.

The AfDB has demonstrated its strong commitment to the youth of Africa through its Jobs for Youth in Africa Strategy to help create 25 million direct and indirect jobs, and empower 50 million youth by 2025. The institution has also set up a $40 million trust fund in partnership with several European countries to advance youth entrepreneurship and innovation.

CSCS To Pay Total Of N5.85 Billion To Shareholders As Dividend