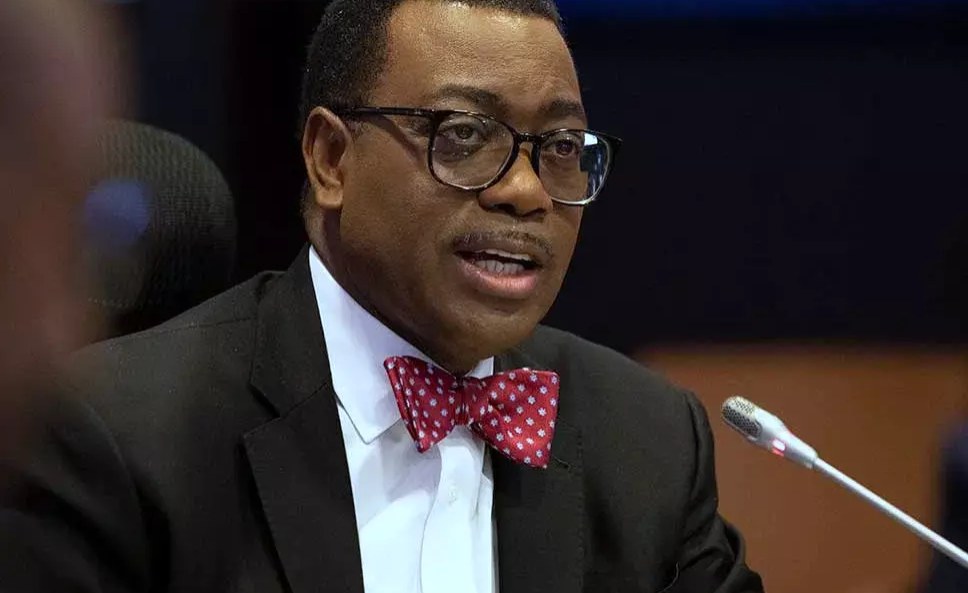 Adesina, described it as unsustainable noting that it had become expedient to address the continent’s debt and development finance challenges, so as to avoid another “lost decade” and build resilient economies.

He added that the time is now for one last debt relief for Africa but that such relief would require that African countries credibly commit to their share of the deal through bold gover­nance reforms to eliminate all forms of leakages in public resources, improvement in domestic resource mobilisation and enhanced transparency.

Speaking on Friday at the virtual launch of the African Economic Outlook 2021, with the theme ‘From debt resolution to growth:  The road ahead for Africa’, Adesina said, “The issue of debt is so fundamental because it’s like you are running up a hill but you have a bag full of sand on your back, you can’t go far. The amount of debt that we have is not sustainable.

“The amount of debt that we have right now is about 70 to 75 per cent of the Gross Domestic Product. It used to be sustainable, but what is even more alarming is the structure of the debt, where the debt right now is largely in the hands of commercial creditors, almost $337bn in terms of high creditors and those that are the private creditors without any type of securitisation for it. That is very worrying indeed.”

In his foreword in the document, he noted, “Global partnership efforts are being made by the G20 to support temporary debt relief for developing countries through the Debt Service Suspension Initiative. However, debt payments are only deferred, and the initiative covers only a small fraction of Africa’s total bilateral debt. Much larger financial support is needed, and the private sector creditors need to be part of the solution. Even more important, the time for one last debt relief for Africa is now.”

Meanwhile, the AfDB president noted that illicit cash flow in the continent was over $70bn, which he said needed to be checked. He stated, “Today, the amount of illicit capital flow is over $70bn; you have multinational companies that are not paying their taxes, we are losing billions of dollars to that. There needs to be a look at that.”

The document pointed out that broadening the tax base could strengthen Nigeria’s fiscal buffers, if structural reforms to enhance compliance are supported and illicit financial flows are tackled, adding that high unemployment, poverty and growing inequality remained major challenges in Nigeria.

Others who spoke at the event were the Governor, South African Reserve Bank, Lesetja Kganyago; Governor of the Bank of Ghana, Ernest Addison;  Secretary of State for Budget and Public Investments, Republic of Angola; Aia-Eza da Silva; Recipient of the 2001 Nobel Memorial Prize in Economic Sciences and American economist, Prof Joseph Stiglitz; and the President, Center for Global Development, Masood Ahmed.