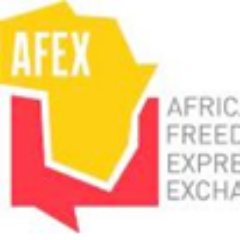 The Eighth General Meeting of the African Freedom of Expression Exchange (AFEX), a network of African freedom of expression and media development organisations which are members of the global press freedom advocacy network, IFEX, was held in Accra, Ghana, from 25 to 26 June 2021.

The meeting forms part of the major events of the AFEX network held annually. The 2021 General Meeting was presided over by Mr. Edetaen Ojo, Chairperson of AFEX’s Steering Committee, who is also the Executive Director of Media Rights Agenda (MRA). The meeting was attended by representatives of 11 of AFEX’s 15 member organisations from West, East, Central, and Southern Africa. AFEX members present at the meeting reviewed the activities implemented by the network from April 2019 to May 2021.

The meeting discussed the crippling impact of COVID-19 on the media industry and expressed concern about the array of COVID-related laws, regulations, protocols and practices that unduly restrict freedom of expression, access to information and digital rights in Africa. The meeting highlighted the importance of access to the internet at affordable costs for all, as a pivotal enabler of other rights, especially during the pandemic and its aftermath.

Also, the meeting examined existing and emerging threats to freedom of expression and media freedom on the continent and discussed strategies for combating them.

The participants used the opportunity to exchange learning and experiences regarding the safety of journalists’ situation in the various countries and sub-regions of Africa. They further discussed how to address the challenges related to the right of freedom of expression and access to information arising out the fight against COVID-19 and how to confront the entrenched culture of impunity for crimes against journalists in many countries and virtually all the regions.

The representatives of the participating member organizations of AFEX resolved to increase awareness about the need for African governments to be transparent in the management of resources allocated to the fight against COVID-19; to put in place monitoring and reporting mechanisms at the national and regional levels to promote the safety of journalists and access to public information, among other issues.

Expressed concern about the deteriorating media freedom and freedom of expression environment in Africa, as evidenced by a surge in attacks on journalists and the violations of the rights in Nigeria, Ethiopia, Cameroon, Democratic Republic of Congo, Uganda, Guinea, Zimbabwe, South Sudan, and Guinea Bissau, among others, and the suppression of critical civil society voices through actions ranging from killings, other physical attacks, threats, arbitrary arrests and detention, to crippling fines and suspension of operating licenses, especially for broadcast stations.

Denounced the increasing resort to cyber security and cyber crime laws, the manipulation of anti-terror laws as well as COVID-19 related regulations that unduly restrict the work of the media, the harassment and jailing of journalists and civil society activists in an effort to suppress critical voices in various countries and undermine the free flow of information.

Expressed concern about the phenomenon of African governments disrupting social media networks and platforms or the entire internet as a tool to further silence critical voices or prevent mobilisation of the public to protest against unpopular decisions or policies in Ethiopia, Niger, Nigeria, Chad, Uganda, Congo-Brazzaville, Senegal, Algeria, Burundi, Egypt, Guinea, Kenya, Mali, Sudan and Togo over the past two years alone.

Specifically condemned the indefinite suspension of Twitter in Nigeria and the Facebook ban in Uganda as a gross and unjustifiable violation of the rights of Nigerians and Ugandans respectively to freedom of expression and access to information.

Demanded that the governments of Nigeria and Uganda immediately and unconditionally rescind their decisions on banning access to Twitter and Facebook and any other social media platforms to media, journalists, and the general populace, and allow all persons to enjoy and exercise their constitutional rights of access to information and freedom of expression online, as enshrined in the countries’ constitutions and several other regional, continental and international treaties and protocols that Nigeria and Uganda are a signatories to.

Further condemned the growing trend of forced disappearances and the incidence of “missing” journalists in Tanzania and Mozambique such as journalist Ibrahimo Abu Mbaruco who has been missing since April 7, 2020.

Condemned the deadly crackdown by security agents on protests in many parts of Africa including the violent crackdown on #EndSARS protesters in Nigeria that resulted in the killing of dozen protesters.

Further urged governments in Africa to establish coordinating multi-stakeholder national mechanisms to guarantee the safety of journalists and other media practitioners who remain the major victims of freedom of expression violations, at both national and regional levels.

Called on governments in Africa to work towards formulating and implementing policies that promote the exercise and enjoyment of human rights on the internet and particularly meaningful and affordable connectivity as well as bridging the gender digital divide.