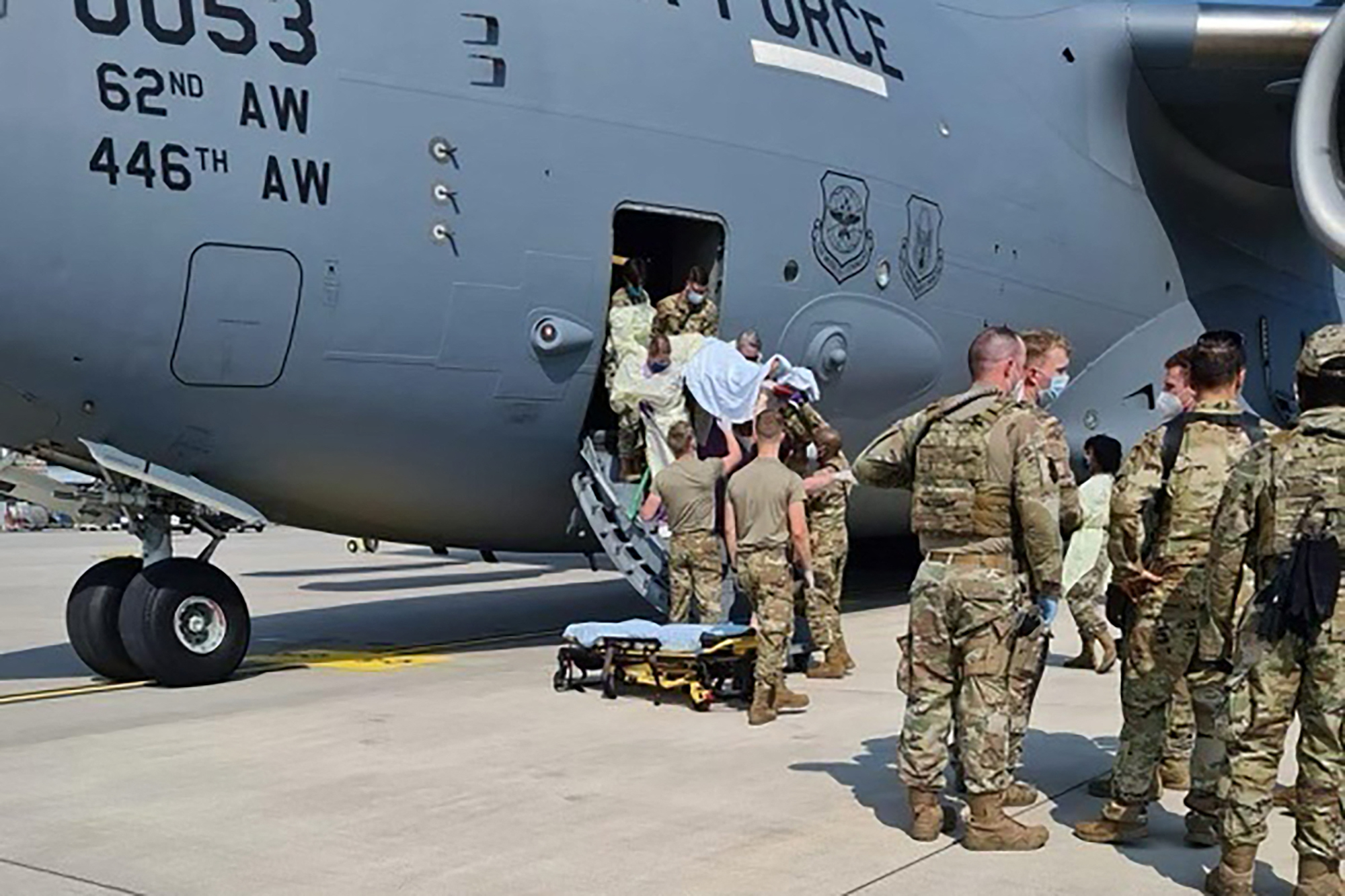 The unidentified woman delivered a baby girl in the cargo bay of a U.S. Air Force C-17 aircraft, shortly after landing at Ramstein Air Base in Germany on Saturday.

“The mother went into labor and began having complications. The aircraft commander decided to descend in altitude to increase air pressure in the aircraft, which helped stabilize and save the mother’s life,” Air Mobility Command said.

After landing in Germany, she was treated by medics who came aboard and delivered the child in the cargo bay of the aircraft.

The flight was carrying Afghans from an “intermediate staging base in the Middle East,” according to Air Mobility Command. Thousands of people have fled Afghanistan since the Taliban takeover of the country last week, with many passing through the U.S. Al Udeid Air Base in the Persian Gulf country of Qatar, while smaller numbers are now being housed at U.S. bases in nearby Bahrain and the United Arab Emirates.

The baby girl and mother are in good condition, according to Air Mobility Command, and have been transported to a nearby medical facility.

News of the dramatic birth was met with joy on social media, with many congratulating both the U.S. military and Afghan mother. “Thank you heroes!! Welcome baby!!” wrote one person on Twitter. Others praised “the best pilots in the world.” And another tweeted: “Now that is going to be a crazy birth certificate and story.”

The mother appears to be one of the fortunate ones who made it out of the intermediate staging areas in Qatar and elsewhere, which are rapidly being overwhelmed by the huge numbers of Afghans being evacuated from the country following the swift Taliban takeover.

Since the process began last week, about 17,000 people have been flown out of Kabul, including 2,500 Americans — who tend to get processed the quickest and flown to other destinations. Those without U.S. passports have been spending days in sweltering rudimentary accommodations in Qatar and elsewhere.

The U.S. air base in Ramstein has since become host to a tent city of some 5,000 Afghans who made it out of the country and are awaiting their next destination, according to the U.S. military’s Stars and Stripes newspaper. The base has capacity for 5,000 evacuees, but that could be expanded.

The Pentagon was even forced to slow the pace of Kabul evacuations on Friday because of overcrowding at Al Udeid, causing the number of those waiting at the Kabul airport for flights to swell to about 10,000.

In a separate incident earlier this past week, images of a baby being handed to a U.S. Marine across a barbed-wire fence went viral online, as desperate crowds continue to throng outside Kabul’s airport. Pentagon officials said the baby was treated at a medical facility and later returned to the family.

Children have borne the brunt of years of conflict in Afghanistan, according to UNICEF, with fears over displacement, disrupted schooling, recruitment to armed groups and trauma from witnessing atrocities. More than half of all children under 5 in the country are also malnourished, the U.N. body said last week.

A number of countries, including Spain, have agreed to host temporary processing centers for Afghans, but there is a widespread reluctance in Europe to accept more refugees after the mass inflows in 2015. – The Washington Post