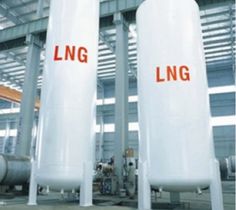 Yemisi Izuora With Agency Report
With an estimated demand for Liquefied Natural Gas, LNG in Africa about to grow up 42 million tonnes per year, African energy ministers are considering creating appropriate pricing index to promote investment in the sector.
The increase in LNG consumption is being prompted by the desire of African governments to boost  power generation by 30,000 megawatts by 2030.
The ministers said Africa should develop a gas pricing index based on the cost of electricity set midway between existing global benchmarks to ensure fairer pricing in new export projects on the continent.
Statistics shows that over  600 million people in Africa are without electricity, prompting governments to consider power generation via LNG which provides cheaper way to power amid plentiful global supply.

“The pricing of the LNG coming into Africa is going to be more than 50 percent for electricity, so it will be fixed to the price of electricity,” Equatorial Guinea’s minister Gabriel Obiang Lima told Reuters during the Africa Oil Week conference.

“What we need to calculate is the pricing of the power to be able to have this index and that should be something between (the U..S. gas exchange) Henry Hub, which is very low, and the Asian index, so we are talking about a range of between $3-$7 dollars,” he said on the sidelines of the meeting in Cape Town.

Obiang Lima said trading firm Gunvor could peg some sales of LNG from its planned Fortuna facility in Equatorial Guinea, due to start in 2020, to the index.

Gunvor struck a deal to buy all of the plant’s output, but there is a provision allowing Equatorial Guinea and its partners to sell up to half the volumes within Africa.

Equatorial Guinea already exports LNG to countries that include South Korea and Argentina.

Equatorial Guinea aims to export LNG to Africa for the first time, including to Mali, Burkina Faso and Ghana.

Africa’s natural gas consumption rose 20 percent from 2011 to 2014 from 3,909 billion cubic feet (bcf) to 4,689 bcf, according to the U.S. Energy Information Administration, still a tiny market but the world’s fastest growing.

In Nigeria, Seplat Petroleum expects demand to grow rapidly for use in energy, cement and fertiliser projects.

“It would be extremely difficult to find a unified pricing system in Africa at the source. If one day Africa is well-connected with pipelines and many different sources, then maybe an index,” said Mounir Bouaziz, Royal Dutch Shell’s vice president for new business development.

But Ghana’s energy minister, Boakye Agyarko, said an index could be developed as the continent’s gas projects grew.

“As all our resources come together from Senegal to Mozambique and Tanzania, we can aggregate all of this and begin to make an impact on the demand and supply equation and therefore we can build our own index,” the minister said.