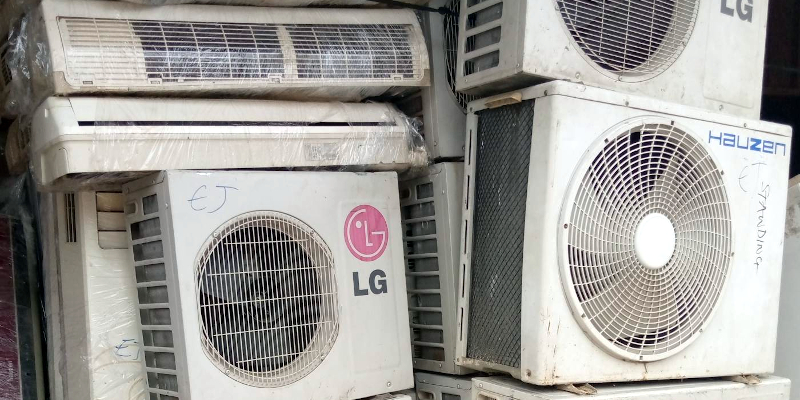 African Associations of Refrigeration and Air Conditioning (U-3ARC), has challenged continuous import and dumping of obsolete air conditioners in the continent.

They argued that investing in new air conditioning production would not only protect the environment it would help create more jobs for Africans.

Meeting in the last week of September, the U-3ARC at their general assembly made what they are calling the Casablanca Declaration.

The Casablanca Declaration will on the one hand create full-time jobs all year round and continuous activities for qualification companies. On the other hand, it will ensure 54 African companies will comply with the ratification of the Montreal Protocol on substances that deplete the ozone layer.

The Montreal Protocol is an international treaty designed to protect the ozone layer by phasing out the production of responsible substances. It was agreed in 1987 and entered into force at the beginning of 1989. It has been revised 9 times, including in 2016 in Kigali.

It has already eliminated CFCs refrigerants and will soon supplant HCFCs such as R-22 and progressively ozone-friendly HFC GHG refrigerants such as R-410 under the Kigali Amendment to the Montreal Protocol which has been adopted by 40 African States.

Member companies of U-3ARC currently employ nearly 150,000 people and will continue to create full-time jobs across Africa. Refrigeration, Air Conditioning and Heat Pump (RACHP) companies will create more jobs as they expand their operations, including delivering recovered refrigerants for destruction in local cement kilns and recycling metals and plastics.

U-3ARC could support its members in projects funded by the Multilateral Fund (MLF) for the implementation of the Montreal Protocol for training, capacity building and infrastructure development.

The Institute for Governance & Sustainable Development (IGSD) defines environmental dumping to include “export of technologies that cannot legally be sold in the country of export, due to failure to meet environmental standards, safety, energy efficiency or other products; and the export of technologies that are unusable in the country of export because the refrigerants are no longer available, due to national regulations or phase-out and phase-down control schedules under the Montreal Protocol.”

U-3ARC has come out in strong opposition to the export by developed countries of obsolete, unreliable and environmentally harmful equipment to developing countries. African countries are particularly sensitive to this negative practice, pointing out in a press release that between 2013 and 2020 the government of Ghana has seized almost 60,000 used RACHP units.

U-3ARC thus expresses its support for the draft decision submitted by Ghana on behalf of Africa in 2021 to end environmental dumping in Africa.

At the forty-fourth meeting of the Montreal Protocol Open-ended Working Group (OEWG), held in Bangkok from 11 to 16 July 2022, parties agreed to forward the draft decision “Stop Dumping” to the 34th Meeting of the Parties to the Montreal Protocol on Substances that Deplete the Ozone Layer (MOP34) which will take place in Montreal, Canada from 31 October to 4 November.

The RACHP industry is changing rapidly, presenting African states with a range of opportunities and challenges. The U-3ARC can help developing countries capitalise on new business opportunities while stopping the dumping of new and used inefficient RACHP technology with obsolete refrigerants that damage local climate and environments.

As the cooling equipment market expands rapidly in response to climate change, U-3ARC will provide an eventual voice in the development of African environmental and energy policy. U-3ARC will become even more important to its members by taking advantage of access to new technologies and funding under the Montreal Protocol.

As expected, the Kigali Amendment creates a business opportunity for refrigeration and air conditioning professionals which will help end the dumping of inefficient used cooling appliances in Africa, which compete with new efficient equipment with low Global Warming Potential (GWP) refrigerants, such as R-32 and R-290.

It will also introduce the best new technology with energy efficiency so high that the additional cost of equipment is quickly offset by the lower running cost; and improve service to reduce leakage and avoid future high cost of HCFCs and HFC refrigerants phased out under the Montreal Protocol.

In the meantime, the United States has finally cottoned on to the fact that subscribing to the Kigali Amendment means job creation and economic stimulation, in addition to climate benefits. The US Senate voted to ratify the Kigali Amendment to the Montreal Protocol, in the last week of September.

The US Congress had previously enacted the American Innovation and Manufacturing Act in 2020 to reduce national HFC production and import and provide resources for the transition of the HFC market. In 2021, the US government finalised a rule outlined in that Act to phase down production and consumption of HFCs 85% below baseline levels over the next 15 years.

Dan Lashof, Director of Research Organization WRI United States said the vote was a good reminder that climate action and economic prosperity go hand-in-hand. “There is a very good reason for that – in addition to being a major win for the climate, the Kigali Amendment will unlock billions of dollars in new investment to produce more energy efficient American-made appliances,” said Lashof.

The Union of Associations of African Actors in Refrigeration and Air Conditioning U-3ARC was established in 2020 and is made up of 30 national associations from 29 countries, representing 18,000 companies, employing 200,000 people.