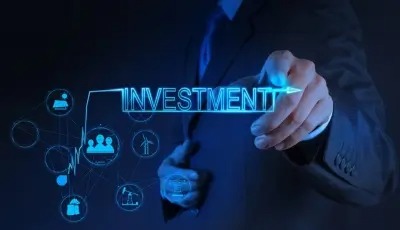 Africa has in the first half of 2022, recorded one of its highest private capital investment inflow with 338 deals with a cumulative deal value of $4.7 billion.

Record has shown that this is one of the strongest half-years of private capital activity ever recorded.

The reports present an overview of the venture ecosystem, private capital fundraising, deal-making and exits in Africa in the first half of 2022.

It also sets out projections for the second half of the year.

The report says three main factors have contributed to the strong deal activity and they include overall larger ticket sizes; substantial amounts of fresh capital raised by fund managers during 2021 as investors deployed across various strategies and sectors; and an increasing interest in Africa’s venture ecosystem which attracted international investors and supported the development of domestic venture capital firm as well as encouraged pan-African private equity firms to broaden their strategies to include a dedicated focus on venture capital.

The enormous potential of the continent’s financial services industry continues to attract investors from all over the world.

FinTech companies in particular comprise 89 per cent of the total number of deals within the financials sector.

This sector was the most actor in the first half of 2022, attracting 103 private capital investments at almost twice the levels recorded during the same period in 2021.

This was followed by the industrials sector, which was also the second most active sector by value.

From a regional perspective, West Africa continues to dominate private capital deals by volume 34 per cent.

Nigeria and Ghana have the largest shares of deal volume in the region, followed by Senegal, which has now overtaken Côte d’Ivoire.

East Africa experienced strong growth in its share of deal volume compared to the same time last year. Kenya’s role in this was key, with early-stage venture deals in financials and consumer discretionary (mainly online retail) categories contributing significantly to the growth.

Private capital exit activity also grew during the first half of 2022.

Fund managers achieved 22 full exits, which is a 29 per cent increase compared to the same time in 2021. This was mostly driven by growth in trade and secondary sales.

Private capital fundraising in Arica slowed down though in the first half of 2022 but only only reached $0.7 billion in financial close which is a 20 per cent drop on the 2021 figures.

This decline in the value of African private capital fundraising mirrors global trends. It is mainly the result of a more challenging and competitive fundraising environment for fund managers around the world and it reflects the fears of a global economic downturn.

Still, Africa’s Venture Capital ecosystem remained bullish in the first half of 2022, despite inflation and an unfavourable macro-economic environment.

In a record-breaking start to the year the cumulative value of VC deals reported in Africa reached $3.5billion, raised across 300 unique companies.

The report predicts the total value of VC deals will reach $7bn by the end of 2022. This would be a 35 per cent year-on-year increase from the $5.2bn raised in 2021, if the pattern holds true.

Africa is the only market to register more than single-digit growth for this period. Unlike the global trends this year, this growth in start-up funding demonstrates the depth of opportunity, the continent’s growth potential and the increased support action from governments to enable entrepreneurship in previously underserved areas.

The report finds that the region attracting the largest share of venture capital investments by deal volume remains largely unchanged with West Africa 33 per cent in the lead.

East Africa though, has now surpassed Northern and Southern Africa, with Kenya achieving the second largest share of deals by value ($330m).

Again, the financials sector came out tops – it is the most active sector by volume 32 per cent and value 44 per cent.

Three sectors emerging from the margins into the mainstream in the first half of 2022 are health care with a 50 per cent year-on-year growth; education 64 per cent and utilities 23 per cent.

Nadia Kouassi Coulibaly, AVCA’s head of research said: “Record-breaking H1 performance is a powerful demonstration of the continued growth of the African private capital and venture capital ecosystem, despite significant global headwinds. The industry is on track for stellar performance in H2 and we are working closely with members to provide insight and support they need to grow their portfolios.”’

On the venture capital investment side, it was notable that all 15 of the utility deals struck during the first half of 2022, were climate related investments. “Funding recipients were a varied combination of independent power and renewable electricity producers, as well as CleanTech startups leveraging technology to accelerate the renewable energy transition,” reads the report.

Notable deals that took place in the first half of 2022 include the $260m Series D investment into off-grid solar energy provider Sun King. The super-sized deal accounted for a significant 72 per cent of funding allocated to the utilities sector in this time period.

Another notable deal is the $40m Series C round in GridX, a company building customised digital energy solutions for business in sub-Sahara Africa.

CleanTech rose five places to become the second most active vertical amongst technology or tech-enabled companies that successfully raised venture capital in the first half of 2022. A largely sector-agnostic vertical, CleanTech refers to “companies that harness or develop technology which seeks to improve environmental sustainability or to reduce the negative environmental impact of natural resources consumed through human activites,” reads the report.

The AVCA posit that CleanTech deal activity will likely continue it ascent over the next few years as impact investors motivated to meet Africa’s sustainable development agenda back the growing number of African entrepreneurs delivering innovative, effective and sustainable solutions to socio-environmental challenges.

“Notable CleanTech deals that took place in 2022 H1 include the $19m Series C round in Kenyan sanitation and waste management company Sanergy as well as the $6.2m Series A into Romco Group, a CleanTech metals recycling company,” reads the venture capital report.