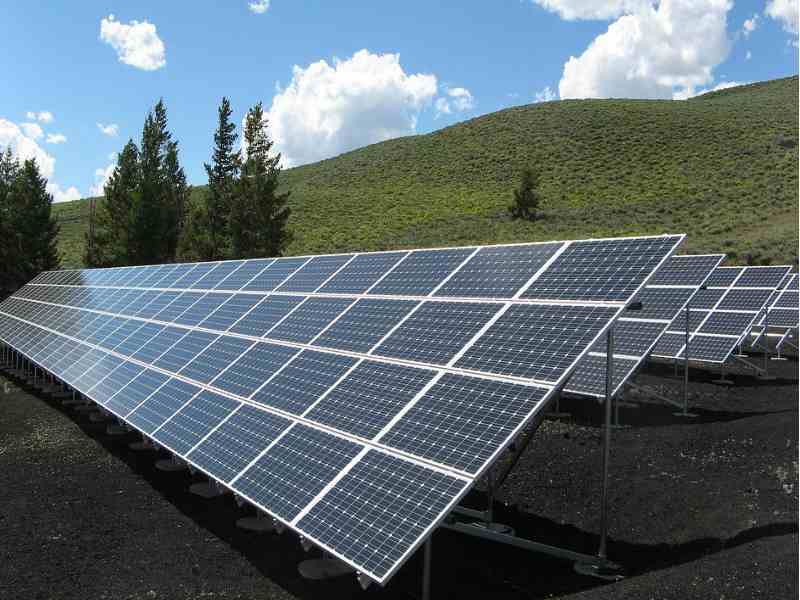 Report has shown that Africa’s economy has experienced solid growth at an average of 3.7 per cent throughout the continent but such expansion can be fueled even more with solar-based electrons and the absence of CO2 emissions.

According to the International Renewable Energy Agency, (IRENA), as many as 30 countries in Africa have electricity outages because supply lags demand.

“The reliability of the grid is a major issue in Nigeria and many other parts of Africa,” says Starsight Energy’s Chief Executive Tony Carr, in an interview. “That makes expensive and highly polluting on-site diesel generators not only backup but often the principal sources of power.

Further, where reliable grid conditions do exist, the costs for electricity can be rather high in some countries. Africa’s phenomenal size means that large areas of the continent have no grid at all.”

Electricity is the lifeblood of any economy.

Gross Domestic Product per capita is generally three to five times greater in North Africa where less than 2 per cent of the population is without reliable power, IRENA says. In sub-Saharan Africa, the problem is far more acute and will require billions in new investment.

By 2050, Africa is expected to grow from 1.1 billion people today to 2 billion, with a total economic output of $15 trillion money that will now, in part, be targeted to the transport and energy venues.

Electricity also gives life to medical facilities. Reuters did a video story on how “solar freezers” are being put to use — freezers that can preserve COVID-19 vaccines. The video points to a study by Journal of Global Health, which says that nearly 60 per cent of healthcare facilities in sub-Saharan Africa have no access to electricity. But Power Africa and a network of public groups set up by USAID is winning the financing to set up off-grid solar-powered health centers.

“Economic growth, changing lifestyles, and the need for reliable modern energy access is expected to require energy supplies to be at least doubled by 2030,” the IRENA study says. “For electricity, it might even have to triple. Africa is richly endowed with renewable energy sources, and the time is right for sound planning to ensure the right energy mix.”

The good news is that, excluding South Africa, about 1,200 megawatts of off-grid solar power is expected to come online this year in sub-Saharan Africa. That is more than twice the amount commissioned in 2018, says BloombergNEF.

It adds that regional power markets will develop, allowing countries to buy electrons from those places with surpluses. It says, however, that a lack of private investment in transmission infrastructure and in small generation fleets will hinder that growth.

In total, more than 700,000 solar systems have been installed in the region, says the World Bank.

IRENA adds that renewable energy, generally, can supply 22% of the African continent’s electricity by 2030. That is up from 5% in 2013. The ultimate goal is to hit 50%: hydropower and wind energy could reach 100,000 megawatts each while solar power could hit 90,000 megawatts. To get there, though, an investment of $70 billion a year is necessary. That’s $45 billion annual for generation capacity and $25 billion a year for transmission.

One potential remedy is “energy-as-a-service.” Starsight Energy uses such a model, which takes the solar panels, battery storage, and cooling assets off of the balance sheets of its commercial and industrial customers. Starsight, for example, will conduct an energy audit and design a tailored solution based on its energy demand. It then maintains this solar system at no upfront cost. Instead, the commercial or industrial facility will pay the vendor a monthly fee for monitoring, maintenance, and support throughout the system’s life-cycle.

The key driver is the precipitous fall in solar panel prices, about 80% of what they were a decade ago. The Asia-Pacific region is expected to embrace this business plan — one that sub-Saharan Africa could also adopt. And commercial enterprises with limited access to capital and little energy management experience are the best prospects. The market leaders in this area, says the research firm are: General Electric GE-0.7 per cent, Siemens Engie, Honeywell International Inc. HON-0.4 per cent, Veolia, Johnson Controls JCI -1.5 per cent and EDF.

While reliability and affordability are paramount, “Our industry may face regulatory challenges as governments continue to develop policy regimes for renewable energy development, says Starsight’s Carr. “Currency risks can also be an issue.”

Energy access provides hope for a stable economic life as well as a more vibrant existence and one free from COVID-19.

An expansion of off-grid solar energy in Africa could help ensure this outcome. And a burgeoning continent is good for everyone and especially those energy ventures that want the region to shine.