African Countries Debt May Rise By $1 Trillion Over Climate Crises 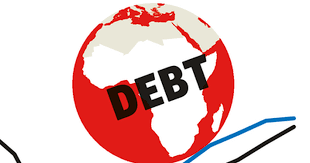 A new report has raised serious concern about lingering climate crises that may force Sub-Saharan African countries to take on almost $1 trillion in debt over the next 10 years.

The report released by Debt Justice and Climate Action Network International, said this will amount to a 50 per cent increase on current debt levels as a percentage of GDP, unless wealthy countries rapidly scale up finance to help countries prepare for and address the impacts of the climate crisis.

Already, the fallout from the COVID-19 pandemic, runaway inflation and rising costs of food and fuel against the backdrop of the ongoing Russian war in Ukraine, have exposed communities in vulnerable and developing countries to the sharp end of these intersecting crises.

“People who have done the least to cause the climate crisis deserve support and solidarity. It is time for new international funding to address climate-induced Loss and Damage by enabling countries to recover from devastating floods, storms and rising seas, to avoid entrenching them further into debt.”

Senior Policy Officer at Debt Justice and co-author of the report, Tess Woolfenden, said: “The climate and debt crises are rapidly spiralling out of control. We need to break the vicious cycle of the debt-climate trap and ensure that inadequate climate finance does not pile even more debt onto lower income countries. Wealthy governments should urgently cancel debt and take responsibility for the climate crisis by providing adequate grant-based climate finance.”

Global Policy Lead at Climate Action Network, and co-author of the report, Sindra Sharma, said: “The refusal of developed countries to pay their fair share for climate action is intimately related to the debt crisis that is emerging in the Global South and that is itself rooted in colonial legacies. It is a further injustice that 70% of climate finance today is in the form of loans and there is still no finance to address climate-induced Loss and Damage. In addition to the new and additional grant-based finance for adaptation and to address Loss and Damage, developing and vulnerable countries deserve debt cancellation to free up resources for their national ambitions and climate action.”

Climate Finance Analyst at Latindadd, Carola Mejía-Silva, said: “It is deeply unjust that climate finance is adding to our debt burdens, as 81% of public climate finance to Latin America and the Caribbean is delivered through loans. Urgent transformations are needed to tackle both the debt and climate crises, prioritising most vulnerable groups and life itself. This requires debt cancellation for all countries in need, and new and additional, non-debt creating climate finance.”

While Debt Justice is a part of a global movement to end unjust debt and the poverty and inequality it perpetuates, the Climate Action Network (CAN) is a global network of over 1500 NGOs in more than 130 countries fighting the climate crisis.