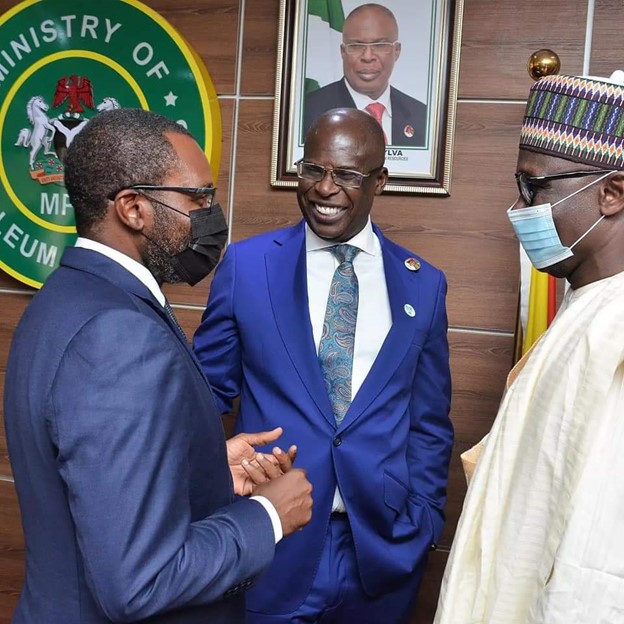 African Oil Producers are rallying support for the establishment of an Energy bank to facilitate financing of major oil and gas projects in the continent.

The proposed Energy bank is a decision being considered after Western countries threatened to halt overseas fossil fuel financing.

The decision has sparked alarm among Africa’s largest hydrocarbon exporters. But plans are afoot to create a new pan-African energy bank that can tackle waning oil and gas investment and drive up production across the continent.

Afreximbank could not be reached for comment about the proposal, but the move has been cheered by industry lobby group, the African Energy Chamber, which says the value of such a bank “cannot be overstated”.

“Capital from foreign countries and companies will always be welcome, however regarding oil and gas, it isn’t reliable,” the group says in a statement.

“Therefore, through institutions such as the African Energy Bank, local oil and gas companies will be able to boost new and existing project developments; ensure reliable financing channels for oil and gas; and position the continent as a net exporter of hydrocarbons, all while creating critical capital opportunities for renewable energy projects,” it adds.

The move comes roughly five months after Minister of State for petroleum resources, Timipre Sylva, called for African governments to look into the initiative.

“If we insist on the exploration of our oil and gas reserves when the world is cutting down on investments in the sector, we must set a financial institution, an African Energy Bank, to develop the oil and gas sector,” Sylva said to local media in September.

Speaking to Global Trade Review, GTR about the push to create an  energy-focused bank on the continent, Adrian Lawrence, a partner in law firm Ashurst’s projects practice, says the initiative has been driven by the retreat of public and private finance from fossil fuels.

At the Cop26 climate summit in November, a number of countries pledged to end direct public financing for overseas fossil fuel development by the end of 2022, and to prioritise clean energy instead.

“This move away from financing fossil fuels… continues to spread from development institutions such as the European Investment Bank, export credit agencies such as UK Export Finance, and an increasing reluctance from previously active commercial financiers based in developed countries,” says Lawrence, who specialises in the development and financing of energy and infrastructure assets.

He says such restrictions clash with the policies of certain African countries, who are keen to boost access to power for their citizens, and see oil and gas production as playing a role in their medium-term energy transition plans.

For instance, at a joint November press conference with US secretary of state Antony Blinken, Nigerian foreign minister Geoffrey Onyeama, said: “We noticed that a number of the big industrialised countries and financial institutions are now defunding projects and gas projects, and of course this would really be a huge blow for countries such as ours that really want to see gas as a transition fuel.”

Already, many African countries rely heavily on oil and gas for their electricity needs. BP’s latest statistical review of world energy report shows the two fuels were responsible for roughly 48% of the continent’s total electricity generation in 2020.

“Large amounts of capital [will be needed] to implement these transition plans while supplying increasing amounts of power to their populations,” Lawrence says.

“There is thus a growing disconnect between the increasing financing needs of many African countries at a time when there is a narrowing range of institutions able or willing to fund even the most ‘bankable’ of [oil and gas] projects,” he adds.

As the industry awaits the release of further details on the new energy bank, questions inevitably arise about how such an institution would find the necessary capital, with Africa’s major petroleum producers all suffering from a chronic lack of investment in recent years.

“Africa’s oil production has been dominated by big producers such as Nigeria, Angola, as well as Republic of Congo, Gabon, Equatorial Guinea. They all have high operating costs, depleting fields, and lack of foreign investment going in to discover more commercially viable reserves, or indeed, to actually develop any existing reserves that have been deemed to be commercially viable.”

He says there are some “exciting gas projects” in frontier markets in East and West Africa, with Mozambique being tipped, at one stage, to become the third largest LNG exporter globally.

But he cautions that oil and gas output is unlikely to reach the same heady levels as those seen in Nigeria during the 1990s and early 2000s. “You have more producing countries, but at much smaller levels,” he adds.

NJ Ayuk, executive chairman of the African Energy Chamber, tells GTR there are four realistic ways in which the energy bank could be capitalised.

He points to African states, private funders, individual investors, as well as external sources – namely foreign countries who are still open to funding fossil fuels – as potential financing avenues for the new bank.

“You might have to turn around and look for example at China and India, who could both be big players,” he says.

Lawrence at Ashurst says investment from China and India would be welcome, but questions whether the nations would readily provide funding.

He suggests the Indian government may focus on its own energy penetration and transition issues, while Beijing may instead decide to continue using institutions such as the Export-Import Bank of China and China Development Bank, who can strengthen domestic energy security by tying investments they make to offtake from a project.

Instead, he puts forward that the developers of the energy bank could look to tap into financing on the continent through other, more innovative, solutions.

“The visionary step would be to attract large amounts from African pension funds and local and regional investors,” Lawrence says, although adds the creation of any supranational bank would “naturally take some time to coordinate”.

“Working out a viable and sizeable funding structure for any new African Energy Bank is the critical step: there are many ‘bankable’ projects on the continent that are stalled due to lack of investor and financier appetite, and so there will be strong borrower demand.”