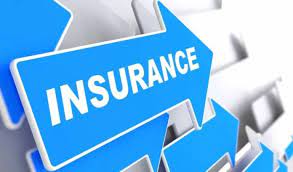 Since she became the CEO, the firm has paid outstanding and current claims worth over N203 million between June and December, 2022.

Her appointment took effect on the 9th of March 2022, which was later confirmed on the 10th of June 2022 by the National Insurance Commission (NAICOM).

In a short while she has taken over, David has overhauled the organisational structure of the company and in particular improved the company’s financial turnover which reflects through a number of strategies she embarked on.

She has also created four Alliance and General regional offices with competent Heads chosen to oversee over 22 branches under their supervision.

This has led to a smoother and faster business operation across the branches nationwide.

David said she is settling down to further grow Alliance and General branch network across all states of the country and aims at international expansion.

She has also embarked on the fortification of the Technical and Operations Team to improve turnaround time and customer experience by the introduction of seasoned professionals into the team, while Corporate Social Responsibility, CSR, is receiving more attention as she has led several humanitarian service projects including visits to orphanage homes and extending acts of kindness to the less privileged in the society.

Prior to her present position at Alliance and General, she has held the position of deputy director Technical; executive director, Technical; general manager, and chief technical officer(CTO) since 2017 when she joined the company.

Felicia is a graduate of Actuarial Science from University of Lagos and a Master of Business Administration (MBA) from Ladoke Akintola University. She is also an Associate of the Chartered Insurance Institute of Nigeria (CIIN).