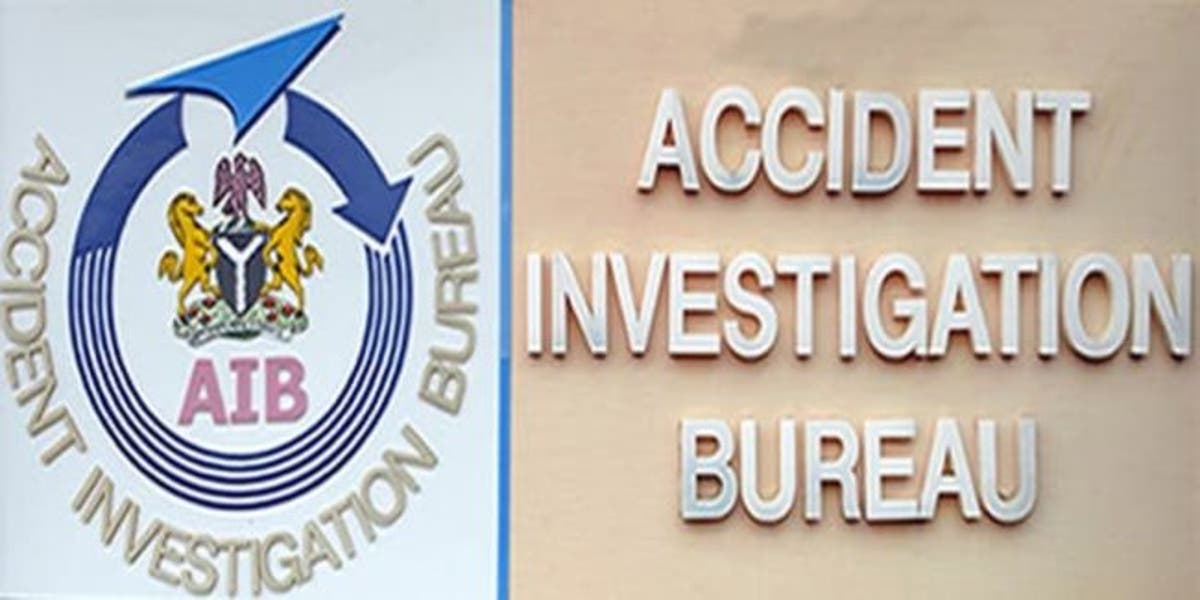 The Accident Investigation Bureau Nigeria (AIB-N) has released eight final reports involving seven serious aircraft incidents and one accident that occurred between 2010 and 2019.

The Commissioner of AIB, Mr Akin Olateru, made the disclosure in a statement issued in Lagos on Thursday.

“As at July 8, 2021,  eight reports are being released with a total of nine safety recommendations addressed to the regulatory body, the affected airlines and the Federal Airport Authority of Nigeria (FAAN) among others.”

The commissioner said that there were international dimensions to two of the reports released, saying that a Turkish Airlines owned aircraft  was involved in one of the occurrences and the other  was an  Arik Air incident that took place in Accra, Ghana.

Olateru explained that the release  was the biggest haul since the establishment of the bureau.

According to him, it is in furtherance of discharging its mandate of investigating aircraft accidents and incidents with a view to enhancing air safety.

The commissioner said:  “The  report  is on the serious incident involving a B737-500 aircraft operated by Air Peace Limited with nationality and registration marks 5N-BRN, which occurred at Port Harcourt Airport, Omagwa, Rivers State on June 22, 2019.

“Other reports are the serious incident involving HS-125-700A aircraft operated by Associated Aviation Limited with nationality and registration marks 5N-BEX, which occurred at Benin Airport, Edo state, Nigeria on July 10, 2011.

“Report on the serious incident involving a B737-200 aircraft with nationality and registration marks 5N-BIF owned and operated by Chanchangi Airlines, which occurred at Kaduna Airport, Runway 05, Kaduna State, Nigeria on Aug. 20, 2010.

The last report was on the serious incident involving Boeing 737- 300 aircraft owned and operated by Air Peace Limited with nationality and registration marks 5N-BUK which occurred at Murtala Muhammed Airport, Lagos on May 15, 2019.

Olateru said all the eight reports had already be uploaded on its website (www.aib.gov.ng), urging interested members of the public to check them for the details of all the reports.

He noted that the bureau, in spite of  the paralysing effects of COVID-19 had remained committed to its mandate and worked all through the pandemic to clear outstanding reports.

The commissioner commended its diligent and resourceful air safety investigators for their sacrifices and focus in delivering on the mandate.

He said the bureau was very conscious of its critical role in assuring aviation safety in the country and globally.

Olateru said it would continue to pursue this with all vigour as it had the men and the equipment, backed with government support, to ensure that AIB-N plays its role effectively and purposefully.

The commissioner also commended the Minister of Aviation, Sen. Hadi Sirika, for his unrelenting support for the bureau, without which it would have been almost impossible to attain all monumental achievements it had recorded so far. (NAN)