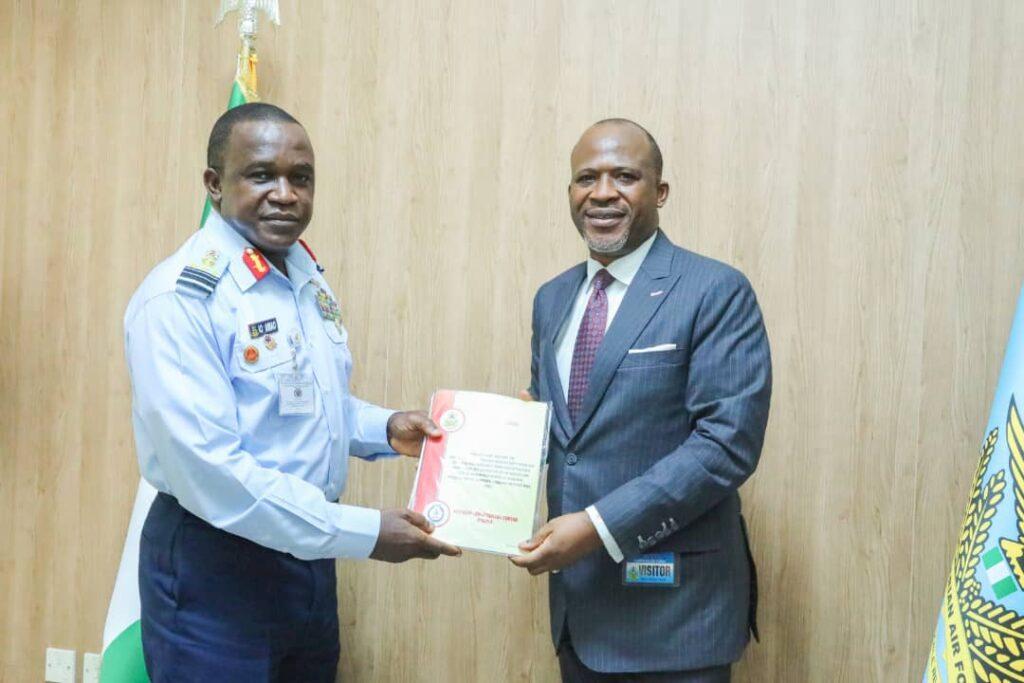 An interim report on the air accident involving a Military aircraft has been submitted by the Accident Investigation Bureau Nigeria (AIB-N).

The former CAS,  Attahiru 54, was killed along with 10 others including aides and crew when the Nigerian Air Force (NAF) King Air -350 aircraft they were traveling in crashed in the northern state of Kaduna

The Chief of the Air Staff (CAS) had directed that a joint investigative body consisting of experienced NAF safety officers and AIB be constituted to investigate the circumstances surrounding the air crash.

The Commissioner of AIB-N, Mr Akin Olateru, while presenting the report, said the bureau was submitting the interim report on the sad incident to CAS after about three months of painstaking joint investigation.

Olateru said the joint investigation with the NAF was its first direct involvement in Military air crash investigation in the country and second investigation outside its mandate, having also assisted Sao Tome and Principe in the past.

The Commissioner said that  copies of the report, with the endorsement of the CAS, would also be submitted to the Ministry of Aviation and Nigerian Civil Aviation Authority (NCAA) to ensure that the recommendations addressed to aviation agencies were implemented.

Olateru said although the accident involved a Military aircraft and crew, it happened at a civil airport adding that the involvement of AIB in the investigation by the Nigerian Air Force would help in closing the gaps on the civil aviation side.

“The submitted report was organised into three sections namely; the information obtained in the course of the investigation; analysis of data collected in view of the Board’s Terms of Reference; and the conclusion, which covers the initial findings and immediate recommendations.

“At this interim stage, a total of 27 initial findings and eight immediate safety recommendations were made for the convening authority as well as other aviation related agencies for immediate implementation.

“It is expected that the final report will contain the flight data recorder readout, the reviewed operator’s and service provider’s standard operating procedures as well as other detailed analysis,” he said.

While receiving the report, the CAS reiterated the main essence of activating the joint investigative clause contained in the Memorandum of Understanding (MOU) signed between the NAF and the AIB-N on July 1, 2020