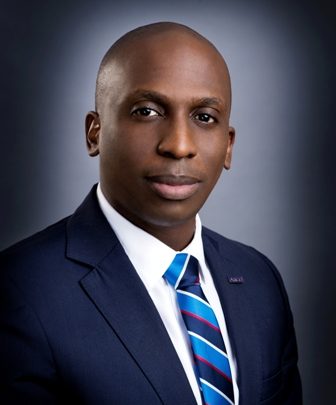 The company said it is providing a robust annuity service that meets customers’ expectations as well as drives the growth of insurance in the country.

organised for members of the National

Association of Insurance and Pension Correspondents (NAIPCO), in Lagos.

Fajemirokun, who was represented at the occasion by the Head, Strategic Marketing and Communications, Mr. Segun Olalandu, said AIICO Insurance is doing everything possible to deepen annuity business in order to take advantage of its inherent opportunities.

The AIICO Insurance boss, who described annuity business as a game changer

for everybody, noted that, the insurer is committed to a robust and effective annuity

He noted that a lot still need to be done to deepen the business in Nigeria, adding that ‘we are not there yet, but step by step, we will

While emphasising the importance of the collaboration between AIICO Insurance and NAIPCO, he said: ‘’our partnership with you as

journalists, especially in respect of today’s training on Annuity is an indication of our commitment to the growth of this business.’’

He said AIICO has strategically repositioned the Annuity department for effectiveness and growth.

While thanking NAIPCO members for their supports so far, he charged them to make good use of the training to enrich their knowledge on annuity, share their experiences ‘so that when you are reporting on the subject matter, you will be able to tell the stories accurately.’

Speaking on the theme of the training, which is, ‘Understanding Annuity Business,’

Annuities, he stressed, are insurance contracts that promise to pay you

regular income immediately or in the future.

According to him, a deferred annuity has an accumulation phase

followed by a disbursement (annuitisation) phase; while an immediate annuity

converts a lump sum into cash flows from day one.

Owotorose said, annuity can be bought with either a lump sum or a

series of payments contributed over time, adding that, annuities come

in three main varieties—fixed, variable, and indexed—each with its own

level of risk and payout potentials.

The income receive from an annuity, he said, is typically taxed at

regular income tax rates which are usually lower unlike when calculated

Owotorose defined annuity as a contract between “you and an insurance

and, in return, receive regular disbursements, beginning either

immediately or at some point in the future. The goal of an annuity is to provide

a steady stream of income, typically during retirement.

‘’Many aspects of an annuity can be tailored to the specific needs of the buyer. In addition to choosing between a lump-sum payment or a series of payments to the insurer, you can choose when you want to annuitize your contributions—that is, start receiving payments. An annuity that begins paying out immediately is referred to as an immediate annuity, while one that starts at a predetermined date in the future is called a deferred annuity.”

‘’The duration of the disbursements can also vary. You can choose to receive payments for a specific period of time, such as 25 years, or for the rest of your life. Of course, securing a lifetime of payments

can lower the amount of each check, but it helps ensure that you don’t outlive your assets, which is one of the main selling points of annuities.

‘’Annuities come in three main varieties: Fixed, variable, and indexed. Each type has its own level of risk and payout potential. For

any of these, it is often structured as a deferred annuity,’’ he explained.

Earlier in his opening remarks, NAIPCO Chairman, Mr. Chuks Udo Okonta, thanked AIICO for the continued sponsorship of the training which he said is the third in its series.

Okonta, who is also the publisher of Inspenonline, said, NAIPCO members

will maximise the knowledge gained at the training to enrich the content of their reports and articles.