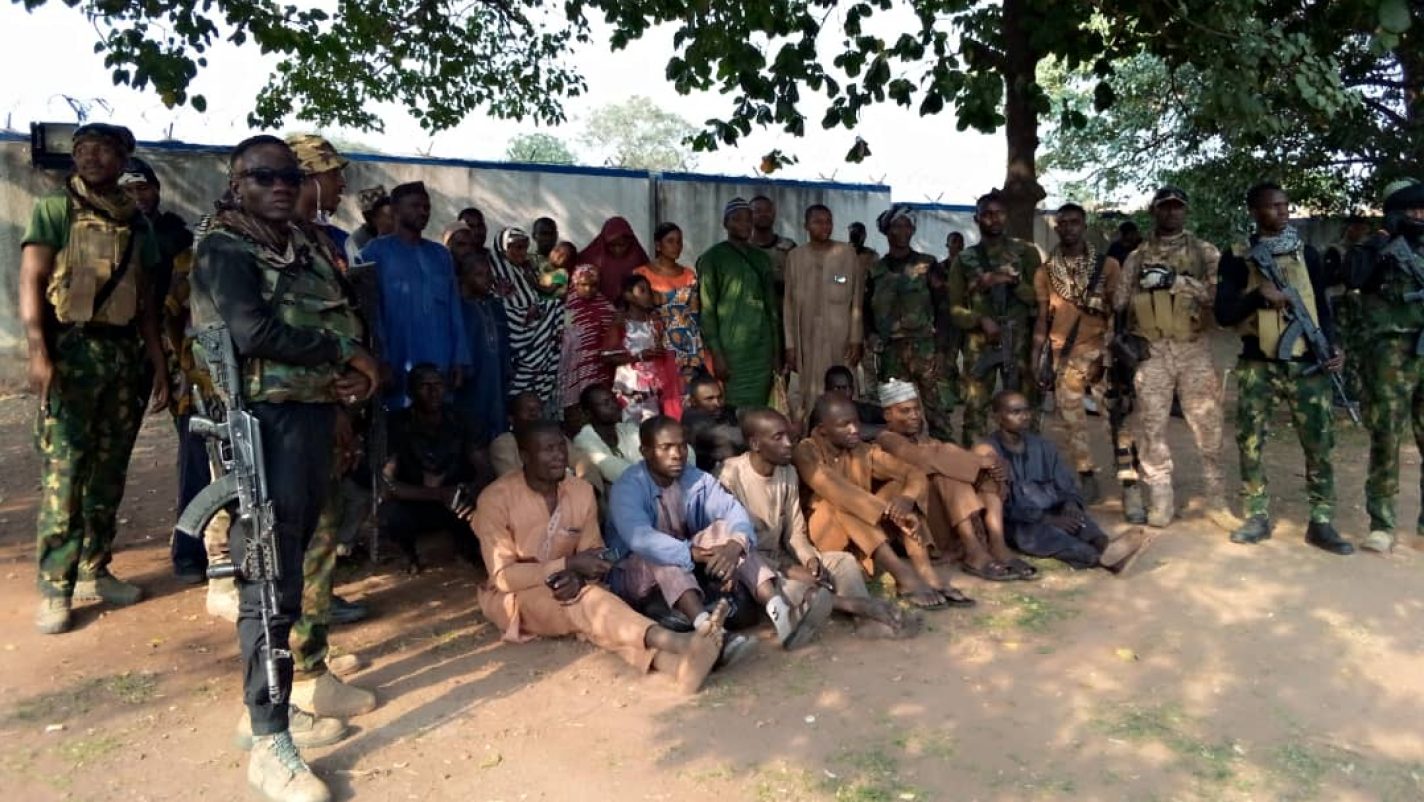 “The rescue operation occurred when the SF came across 5 abandoned vehicles with their doors ajar near Anguwar Yako, an indication of forced removal or evacuation and likely kidnap scene.

“Acting on instincts, the SF began exploiting the general scene of the abduction and extended for about 3 kilometres radius well into the bushes while clearing the general area. Upon sighting the SF, about 3 kidnapped escapees suddenly came out from the bushes.

“Further search by the SF led to the discovery of 4 different groups of victims hiding in the bushes. After a thorough search further into the hinterland, a total of 26 victims were rescued.”

Gabkwet further revealed that on interrogation, the victims who were traveling  from Birnin Gwari to various locations including Kaduna, Minna and Kano, said that while enroute, a large number of bandits in 3 groups suddenly appeared from the bush from 3 different directions along the route and surrounded their vehicles.

“However, on sighting the SF, the Kidnappers fled into the bushes with a handful of the victims while the other majority took cover and hid in the bushes until they sighted the SF.

“The NAF SF have extended their operations within the area with the hope of rescuing the remaining kidnapped victims while those rescued have since been moved to the 461 NAF Hospital Kaduna for thorough medical examination,” he stated.