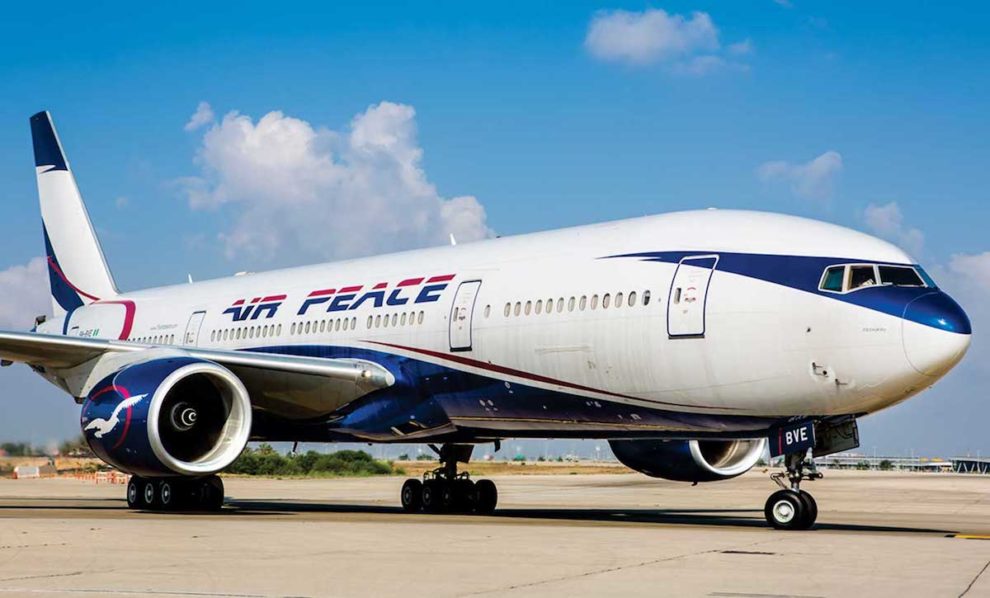 The management of Air Peace says it will be launching scheduled commercial flights to Gombe from Abuja and resume its Yola flight services.

The Chief Operating Officer of the airline, Mrs Oluwatoyin Olajide disclosed this in a statement in Lagos on Sunday.

Olajide said that the decision to commence the Abuja-Gombe route was a reflection of Air Peace’s resolve to open up the north east as the region was  currently underserved.

“This is  part of our strategic route expansion drive and the determination to provide key connections,  addressing the air travel needs of Nigerians while fostering economic development and unity.

“We are set to kick off Gombe operations and resume our Yola flight services very soon,” she said.

According to Olajide, the airline has already set up the Gombe station and is calling on residents of the state to apply to the airline as there are roles to be filled in the station.

On aircraft maintenance, she said: “We have 17 aircraft undergoing varying levels of maintenance overseas and once they start returning, we shall launch more routes and resume others that we temporarily suspended.

She added that the two brand new 124-seat capacity E195-E2 jets(of the 13 ordered) recently received from Embraer would soon be deployed to boost domestic and regional flights connectivity.(NAN)

The Interim Administrator (IA) of Presidential Amnesty Programme (PAP)  rtd Col. Milland Dikio  says the era of violence and arms struggle in the Niger Delta region is over.

Dikio made this known on the graduation of 200 delegates of PAP at in Bradama International Skill Works Ltd., Agadagba-Obon in Ese-Odo Local Government Area of Ondo State on Sunday.

This according to him has “given way to new ideas in intellectual space, driven by science and technology to advance speedy development and growth of the people.

He noted that the success story of PAP had affirmed that given the right orientation and skill, youths from the region had risen to the technological challenge of the 21st century as better alternative to arms struggle.

”We are here to celebrate what is possible in the Niger Delta region and beyond by reorientation and re-dedication of our core values as a people toward seeking better living conditions for everyone.

“I am going to charge you (graduands) to leave here with the spirit of excellence which the Chief Executive Officer Managing Director of Bradama International, High Chief Bibopere Ajube has excellently demonstrated as a leader of ex- agitators in the region.

“As ex-agitators, you don’t need to look any further for mentorship, the managing director  of Bradama Intl has competed with the best in the world and continued to stand out among his peers. He is indeed, the new face of technology advancement in emancipation struggle  of Niger Delta.

“This is not an ordinary graduation ceremony, and so, we hold  the sixth  graduates  of Bradama and the first under my watch, in high esteem. We hope and pray you will be the difference makers as you go into the world.

“As you leave this place, you will meet challenges but as the saying  goes that when the going gets tough, the tough gets going, i assure  you that the sky is  not your limit but your starting point,” he said.

In his response, Ajube thanked the Federal Government under the leadership of President Mohammadu Buhari for the financial and administrative support  for the Amnesty Programme.

Ajube urged the graduands to use  the practical training  and certificate obtained to seek gainful employment to better their lives and that of their family members.

This, he said, would justify the huge investment of the Federal Government expended on them during the course of the training.

According to him,  Niger Delta region needs peace now than before to enable her compete favourably in Project Nigeria and advance her people in developmental strides through innovations, science and technology

“Please, don’t waste the skills you acquired here. Put it to productive use and change your lives for good.

“I thank you for your cooperation and peaceful composure during your stay here in Bradama and I wish you good luck in your future endeavour,” he said.

In his vote of thanks, a trainee, Agent Benson commended the Federal Government for the huge financial commitment expended on them through the Amnesty office, vowed that they were ready to impact the society positively with their newly acquired skills and knowledge.

Benson also thanked the administrator and other officials of PAP, the CEO of Bradama Intl. and his coordinating staff for the dedication and ensuring that the trainees were adequately trained  and completed the six months programme,  despite the ravaging COVID-19 pandemic since the kickoff of the programme in December 2019.

Guests at the ceremony include the Paramount ruler of Arogbo-Ijaw kingdom, HIM Pere Zacchaeus Doubra Egbunu, the Ahaba of Ajagba land and the member of House of Representatives for Ilaje/Ese-Odo Federal Constituency, Mr Kolade Victor Akinjo.

10 in Police net over alleged rival cult clash in Ekiti