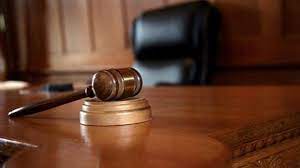 A Sokoto Chief Magistrates’ Court has fixed Sept. 8, for ruling on bail application of one Aliyu Sanusi-Umar, allegedly charged with reckless driving and causing the amputation of the leg of a female student.

Sanusi-Umar, 18, a resident of Sokoto metropolis was arraigned for alleged offences of reckless driving, driving a car without a driver’s license, causing serious injury and the amputation of human leg.

He was said to have driven car in a dangerous manner crushing a student colleague, Fatima Suleiman’s leg shortly after she wrote her final year examination at Khalifa International College, Sokoto.

The victim was said to have been seriously injured and taken to Usmanu Danfodiyo University Teaching Hospital, Sokoto (UDUTH), where her leg was amputated due the fracture and severity of the mutilation on her leg.

The case was first mentioned on Aug. 22, and the accused pleaded not guilty.

At the sitting on Monday, the lead Defense Counsel, Mr Jacob Ochidi (SAN), moved the bail application on behalf of the accused person, arguing that the offences were bailable.

He said that the accused was presumed innocent in the eyes of the law until contrary was proved.

Ochidi averred that the accused would neither jeopardise investigation nor jump bail having no criminal records whatsoever and urged the court to discountenance the counters made by the prosecution.

The Prosecution Counsel, Mr Jamilu Malami, had opposed the bail application on the grounds that the accused might jeopardise investigation and was likely to jump bail.

He said available information indicated that the accused had secured foreign admission to study.

She adjourned ruling on the bail application to Thursday, while commencement of full trial was adjourned to Sept. 12

The News Agency of Nigeria (NAN) reports that the court sitting was held under tight security as armed police men guarded the court premises.

The litigants and members of the public, including journalists were screened before entrance. (NAN)