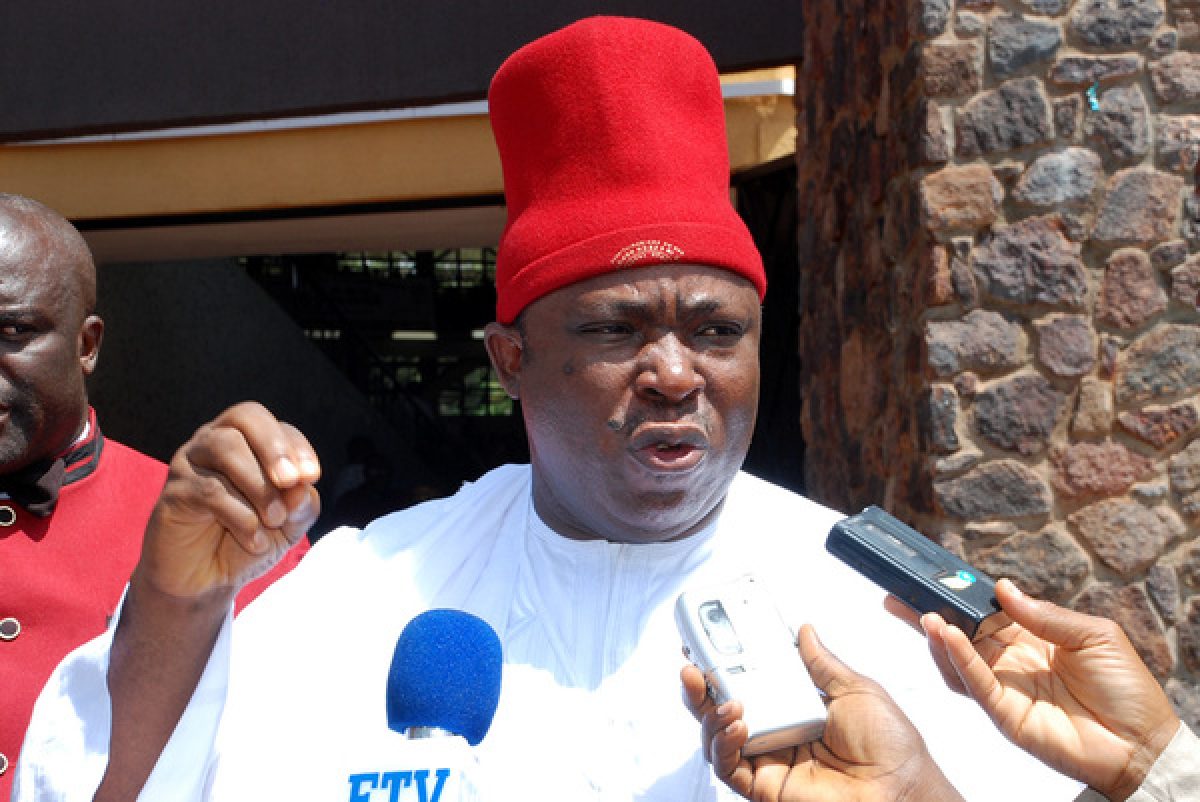 Chief Victor Umeh, former national chairman of the All Progressives Grand Alliance (APGA), says the victory of Prof. Chukwuma Soludo at the 2021 governorship election in Anambra was a reward of the people to the party.

Umeh, who is the collation agent of APGA, spoke shortly after Soludo was declared winner of the contest by Prof Florence Obi, the returning Officer at the Independent National Electoral Commission (Commission (INEC) headquarters, Awka, early Wednesday morning.

Umeh said APGA had served the people of Anambra well since 2003, hence their decision to continue to reward the party with victory not just in Anambra but across Nigeria.

He described the election as the best in the history of Nigeria and that APGA is proud to have won in 19 Local Government Areas and coming second in two others with slim margins.

Umeh, who represented Anambra Central in the Senate, said APGA remains deep rooted in Anambra and anybody who thinks he could displace it in the state must prepare well.

He said Soludo’s victory is significant to APGA and expressed the hope that the party will spread to other parts of Nigeria.

On what to expect in Soludo’s administration, the Chieftain said Anambra is in for a better deal as the governor-elect who had track records of excellent performance already had a manifesto.

He described Soludo as the best from the pack in the race, adding that he would provide purposeful leadership to the people of Anambra.