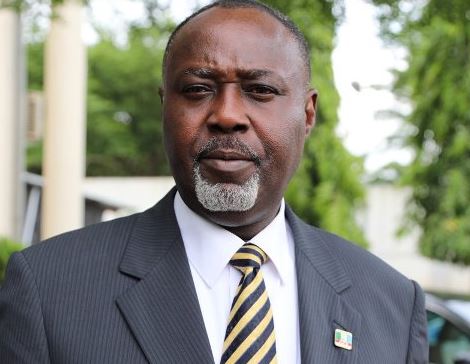 George Moghalu, All Progressives Congress’ governorship aspirant in the forthcoming Anambra governorship election, has urged the people to vote the APC to emerge victorious, stating that the polls present the best opportunity for the party to win the state.

He disclosed that contrary to previous attempts when the All Progressives Grand Alliance (APGA) and the Peoples Democratic Party (PDP) won the state, the APC has done very well in the last few years to justify support of not only Anambrarians but entire South-East geopolitical Zone.

Moghalu however cautioned the party to guard against self-defeat by not fielding unpopular, unmarketable candidate during the election.

According to him, the APC has an enviable scorecard that should ordinarily give it a head start during the coming election, stressing however the candidate of choice should not encumber the chances of the party.

“APC as you know is a national party, there’s a new reawakening across the country, particularly in the South East. But the fundamental point here is not necessarily about the old narrative, it’s about the new consciousness.

” I keep telling people that we are going into that election with our report card . We are going to present what APC has been able to do in the South East and Anambra in particular. We are going to put it side-by-side what others have done.

“And again we have to put the credibility, the character, the capacity, the ability of whoever is going to fly the flag of a party. That is why the party must take into cognizance experience, exposure and ability to contest and win.

“As to whether we have the chances, we have a very great chance now because our people are not satisfied with governance in the state as it is today. So it is a case of haven married this husband for some time, let’s try this husband. PDP has ruled our state, APGA has ruled our State, why don’t we try APC now and see whether the narrative will change and see whether we can be able to make an honest comparative analysis. So on whether we have a chance, I can tell you without sounding immodest that this is our best chance.”

He said that the party in Anambra State will go into the election with statistics that will show that it can do better if given the opportunity.

“The only thing we should not do as a party is to provide the bullet they will use against us by presenting a candidate that cannot be sold. The moment you shoot yourself in the legs, you have a problem”.

Speaking against the backdrop of rumoured imposition of a particular candidate during the forthcoming APC governorship primary, Dr Moghalu appealed to the party’s leadership to allow full democratic process to produce the candidate of APC during the primary to engender unity after the primary.