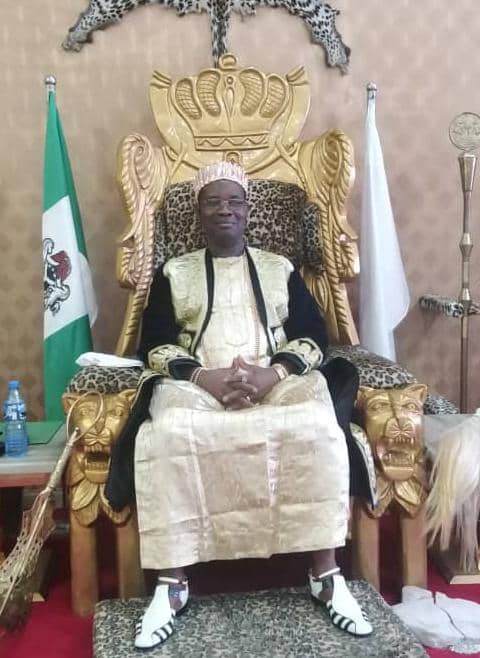 The Omor Monarch has expressed displeasure in some parent giving out their underage daughters to marriage due to poverty and illiteracy.

His Royal Highness, Igwe Oranu Chris Chidume, EzeAna-Ukwu, Eze Igulube of Omor, Anambra State stated this during his 5th anniversary on the throne of Omor, and the celebration of the annual Ofala Festival.

He noted that the community is presently confronted with the challenge of underaged girls in Ayamelum being given out in early marriages, describing it as unlawful practice.

“From our understanding and my personal investigation, we have come to find out that the parents that are giving out their under aged daughters in marriages are doing so because of their low economic status and ignorance.

“As a result of this, Omor people, through the guidance of the Supreme Elders Council, the Omor Royal Cabinet, Ozo Omor Title Holders, and others resolved to embark on a project called: “The Girl Child Education Project.

“This project will commence with the construction of a befitting Girls’ Secondary School with boarding facilities here in Omor. By this act, Omor people have taken the first step and seized the initiative to provide a parcel of land big enough for this purpose, and also to envisage the anticipated growth the school will experience, given the population of not just Omor, but the entire Ayamelum and its environs.

“Ladies and Gentlemen, it breaks my heart to inform you that as I speak to you this afternoon, there is no school in Ayamelum dedicated to the education of the Girl Child, hence the importance of supporting this project.

“I therefore, call on well-meaning Anambriarians, particularly the Anambra State Government under the leadership of Professor Charles Chukwuma Soludo, CFR., Distinguished Senator Stella Adaeze Oduah, the Senator representing Anambra North Senatorial zone, Honourable Vincent Ofumelu, the Honourable Member representing Ayamelum/Oyi Federal Constituency in the House of Representatives, Rt. Honourable Uche Okafor, the Speaker, and the Honourable member representing Ayamelum Constituency in the Anambra State House Assembly, friends and allies of Omor, our in-laws and anybody in the society who appreciates what education can do in the life of the Girl Child and by implication, the society.

“We are all aware that the most effective way to enhance civilization is to invest in the education of the Girl Child which invariably means that she would become an educated woman and mother. It is my hope that this appeals to your sensibilities, and that you would find it a worthy cause to support.”Igwe Oranu stressed.

In her goodwill message, the Commissioner for Women Affairs, Anambra State, Ify Obinabo, noted that Igwe has interest in protecting the girl child, thanking him for this great step.

In her words, “Because Igwe has interest that girl child is protected, that is why he is championing this notable project Omor Girls Secondary School, and we are grateful the Igwe wants to build a house where we will be putting the under-age girls we rescue from child trafficking and early marriage. If you don’t train your child girl child, you will suffer it at old age because it is the women that take care of their aged parents.”

On her part, Mrs Eberechukwu Obiano, the wife of the former Governor of Anambra State, Willie Obiano, who wants to represent Omor/Oyi Federal Constituency, pledged that if she becomes a Senator, she will support every project geared towards development of the constituency, especially that of the girl child.

She said, “During my eight years as governor’s wife, I have supported the cause of girl child. I am very glad that Igwe has the mind to change the narrative of the girl child from early marriage. I am fully in support of the girls secondary school.

“I am going to Senate because my husband asked me to do so, that he is in support and I will not let you down. As governor’s wife, I have empowered women through artisanian training and provisions of machinery and equipment, after which, I will support them with take-off funds. I will do more if elected senator.”

Also, Hon. Barr. Vincent Ofume, Member representing Ayamelum/Oyi Federal Constituency, who is popularly called Mr. Project, promised to donate one building in the Girls Secondary School, adding that he will do more.

“Girls Secondary School is a great project that all of us have to put resources together to achieve. I will take charge of the school fencing,” he pledged.