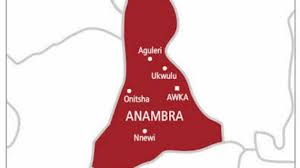 The Intervention of the security operatives saved his life as mob had moved to lynch him.

The elderly woman’s screams attracted the attention of bystanders and neighbours before the suspect was caught in the act at the farm of the victim, said Tochukwu.

“An outraged mob had already knocked him out before his arrest. The victim and the suspect have both been brought to the hospital for medical attention in the interim”

Tochukwu stated further that the Campaign against mob action by some members of the public who use “jungle justice” whenever they arrest suspects in connection with any crime has been reaffirmed by Anambra State Police Commissioner, CP Echeng Echeng.

Whenever they are captured, they should make every effort to transport the suspect to the closest police station.

This would provide the Police the chance to look into the suspects’ criminal acts appropriately and bring them to justice in accordance with the law” he added.