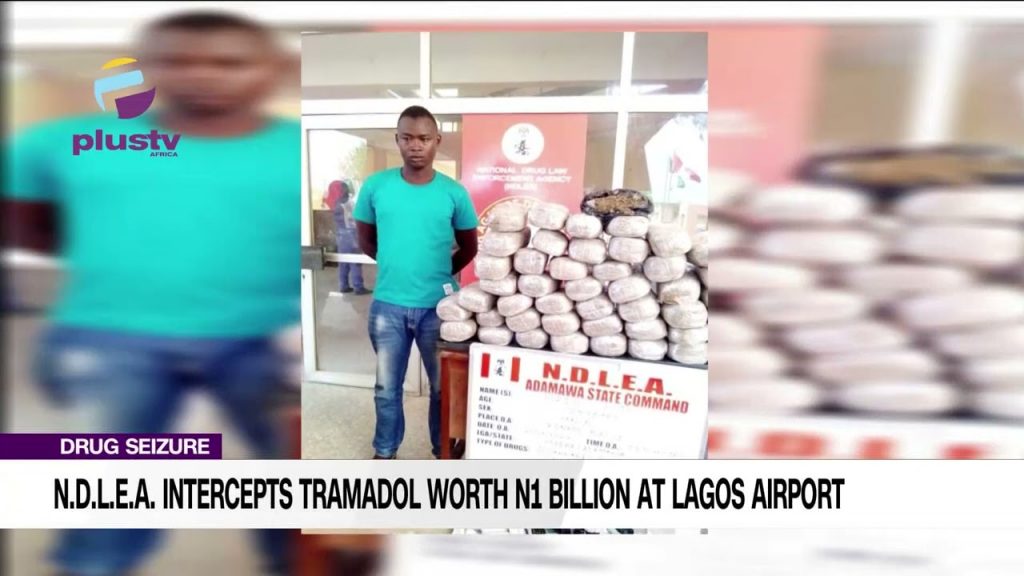 Nigeria is fast assuming a notorious hard drug axis in Africa following strings of seizures in recent times by Narcotic Agency across the country.

The NDLEA spokesperson, Femi Babafemi, in a statement said the seizure, which took place on Friday, was worth N1,040,000,000 in street value.

This is coming barely a week after about 13.5 million pills of the same opioid worth over N8.8bn were recovered by operatives of the NDLEA from one of the mansions of a billionaire drug baron in the Victoria Garden City, Lagos.

The statement read in part, “Following credible intelligence, the agency had shown interest in the consignment of 52 cartons that came into Nigeria from Karachi, Pakistan, with six different airway bills via an Ethiopian Airline flight, comprising seven cartons of 250mg of a brand called tamral and 45 cartons of 225mg, branded as tramaking.

“Soon after its arrival at the Lagos airport, the NDLEA called for a joint examination of the consignment with other stakeholders and after its information was confirmed by all, the 52 cartons of the seized substance, which are above the recommended threshold for medical use and banned in the country, were moved to the agency’s facility.

“In the same vein, another bid to export through the airport 15 parcels of cannabis and 600grams of tramadol 225mg concealed in a sack of crayfish to Dubai, UAE, was equally thwarted by operatives who seized the consignment and subsequently arrested a freight agent, Osahor Alex Ekwueme, who presented it for export.

“Weeks after NDLEA operatives intercepted 5.20kgs of cannabis concealed in kegs of palm oil going to Dubai at the NAHCO export shed of the airport, the brains behind the consignment, Ifeanyi Egbuwaohia, has been arrested in the Igando area of Lagos. Though Ifeanyi works as a technician at Computer Village, Ikeja, beneath his known business, he also works with a drug network in Dubai, where he sends illicit drugs for distribution. A few hours after his arrest, another consignment of 2.60kgs of the same substance sent by him for export to Dubai was also intercepted by operatives at the airport.

“Another consignment of 1.30kgs of cannabis concealed in reconstructed engine blocks going to Dubai has also been seized at the SAHCO export shed while two persons: Olatunji Kehinde Temiola and Osemojoye Femi Sunday, have been arrested in connection to the bid.”