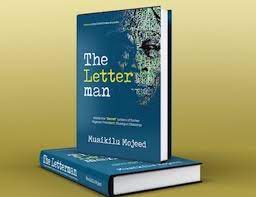 A former Secretary General of the Commonwealth, Emeka Anyaoku; the Catholic Archbishop of Sokoto Diocese, Mathew Hassan Kukah and a former Chairman of the Federal Inland Revenue Service (FIRS), Ifueko Omogui Okauru, have heaped praises on The Letterman: Inside the ‘Secret’ Letters of former Nigerian President, Olusegun Obasanjo, a new book by the Editor-in-Chief of PREMIUM TIMES, Musikilu Mojeed.

Commendations have also come for the book from Toyin Falola, renowned professor and the Frances and Sanger Mossiker Chair in the Humanities at the University of Texas at Austin; Dan Agbese, respected columnist and writer, who was also the editor-in-chief and co-founder of Newswatch, a foremost and trail-blazing investigative magazine; and Kadaria Ahmed, founder/CEO at Radio Now 95.3FM Lagos, television host, and former editor of NEXT newspaper.

The Letterman, a 492-page, 25-chapter narrative non-fiction, curates some of the most significant and historical letters written and received by former President Obasanjo, which compellingly tell the story of his life, as defined by and defining of the story of his country, Nigeria and the larger African continent. A number of these letters, written to dignitaries in Nigeria and around the world, have never been publicly seen.

The book will be presented to the public on Thursday, December 1, in Abuja. But those who have seen and reviewed the publication ahead of its unveiling have commended the work whose chronicle unfolds from the time of Obasanjo as General Officer Commanding the Third Marine Commando and his wartime efforts, through his tenure as military head of state between 1976 and 1979, his continental liberation struggles and political activism from the 1970s to 1999, his civilian presidential term from 1999 to 2007, as well as his post-presidency era.

“In the book, The Letterman, Musikilu Mojeed introduces a new genre in Presidential history and record-keeping. No single Nigerian has captured and traversed the memories of Nigerians like President Obasanjo. Straddling generations, famous for his role in the civil war through accepting the instruments of surrender of the Biafran army, noted for having the longest period of service as Nigeria’s Head of State and President, complex, forceful or brash, he stands out as the only person to have put down almost his every thought in writing.

The Letterman takes the reader through President Obasanjo’s complex, intricate, even serpentine mind, captured by the contents of his no-hold-barred letters. The author has offered readers a precious piece of recorded history that will stand the test of time and occupy a special place in Nigeria’s rather barren shelves of presidential writing.”

Bishop Matthew Hassan Kukah, Bishop of the Catholic Diocese of Sokoto, Nigeria, said, “I am amazed by the sheer quantum and depth of records accessed to write this book and the record-keeping ability of the letter writer, which is worthy of emulation. This book is truly a treasure trove of information. Musikilu Mojeed demonstrates a knack for seeking the deep, unusual and insightful perspectives and presents this to his readers. He provides, through a review of letters written or received by President Olusegun Obasanjo, spanning from 1952 to 2020, an insight into history – especially Nigerian history, a fair portrayal of the consistency of the man behind the letters, and most importantly the cyclical nature of the challenges of governance in Nigeria and Africa. This is a must and captivating read for all persons seeking to build a prosperous Nigerian nation and a truly great African continent.”

Ifueko M Omoigui Okauru, former Chairman of the Federal Inland Revenue Service (FIRS), in his remarks said, “Mojeed has miraculously uncovered treasure troves of letters and meticulously analysed momentous moments, mindful of the place of the documents in our country’s history. The Letterman reveals values and character, in strong prose that exposes the workings of the inner mind of Nigeria’s most complicated leader, self-assured nationalist, versatile entrepreneur, and belletrist. This is a book for keeps — what historians categorise as an archive with an imperishable quality. This book will become both the source and preface to a series of other books on the language of politics and the politics of language. It is a masterpiece to understand the anatomy of authority, the conventions of power, and the intensity of intra-elite intrigues.”

According to Toyin Falola, Frances and Sanger Mossiker Chair in the Humanities, the University of Texas at Austin, and author of Understanding Modern Nigeria by Cambridge University Press, “I believe that the Olusegun Obasanjo letters will find a prominent place in the chapters of Nigeria’s contemporary history as informative insights into the national affairs of the country when they were written. I therefore recommend this book, The Letterman, by Musikilu Mojeed to the reading public.”

On his part, Chief Emeka Anyaoku former Secretary-General of the Commonwealth, said, “Musikilu Mojeed has written an engaging biography of the former Nigerian president entirely from his letters. Obasanjo used his letters to persuade, educate, and chide international and local political leaders and fight for justice at home and abroad…

“I cannot recommend this book highly enough for all those who want to see the Balogun of Owu kingdom in his elements. I commend the author for charting the unique path in biographical writing and character study in our country. I repeat: this is unique.”

Also, Dan Agbese, Editor-in-Chief and co-founder of Newswatch, a foremost and trail-blazing investigative journalism magazine, said, “This most important book provides significant insight into the philosophy and politics (life and times, head, heart and soul) of one of the most consequential post-colonial African leaders, former President Olusegun Obasanjo. Mojeed has created a timeless resource that will enrich important conversations on nation building and Pan Africanism, today and years into the future.”

This extraordinarily well-researched and revelatory work is not only a huge addition to our repertory of insight into the texture and complexion of leadership in the country, but also a major addition to knowledge creation in our political history.

Thankfully also, in this work, readers will finally come to appreciate the depth of intellect that has defined Musikilu’s craftsmanship and professionalism as one of the most gifted editors in modern Nigerian journalism.”