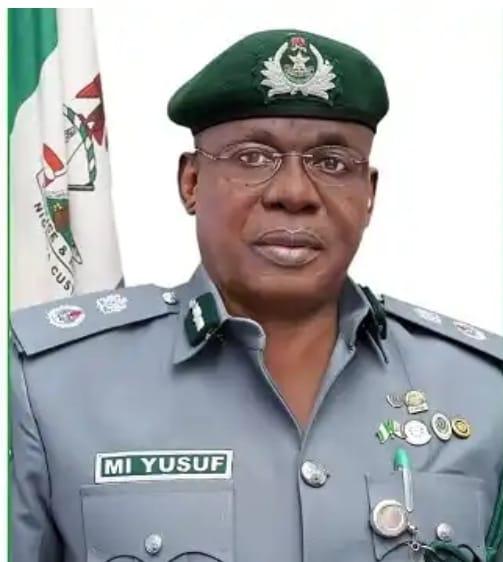 The Nigeria Customs Service (NCS) Apapa Area Command said on Friday that it generated N522.4 billion in revenue during the first half of the year, 2022.

Controller of the Command, Comptroller Malanta Yusuf told the media that the sum generated represents a 42.5 per cent increase when compared to N366.5 billion collected in the similar period of 2021.

He said that the achievement was made possible by the officers’ tenacity in identifying and preventing revenue leaks while maintaining the degree of compliance among importers and other participants in the clearing value chain.

He expressed confidence that the command will beat its yearly goal by year’s end thanks to the income success.

He stated, “We have been able to collect N522.4 billion from January to June, and that is just the beginning of the year. We anticipate that we will earn more and beat our yearly goal if we include in the ember months, which typically have substantially greater import volumes than the first six months of the year.

Speaking about exports, the Controller said its agency helped enable the export of non-oil goods, with over 2.5 million metric tonnes exceeding 540 metric tonnes recorded in the same period of 2021.

He claimed that from $1.6 million in 2021 to $138 million in 2022, the Free on Board (FOB) value of the exported goods—which included steel bars, agricultural, and mineral products—rose.

“Export incentive programs and Federal Government policies have been crucial in promoting export commerce in Nigeria, and we at Customs are making sure that export trade that is not on the prohibited list is being enabled,” he said.

According to Comptroller Yusuf, throughout the review period, the command also documented the seizures of 83 containers totaling N8.3 billion in Duty Paid Value (DPV).

He claimed that the suspect is currently the subject of an investigation for potential prosecution.

In order to make doing business in the port as simple as possible, the command has consistently worked to fulfill its core mandates of revenue generation, smuggling prevention and suppression, trade facilitation, application of government fiscal policies, and collaboration and cooperation with other governmental agencies.

“The command had just handed over two 20 feet containers filled with 150 cartons of illicit hard drugs to the NDLEA,” he said.

“This is to further reinforce the existing cooperation between key government agencies in the port.”

When asked why the scanners installed at Apapa port have not been working, Comptroller Yusuf responded that the command has been unable to use the scanners to prevent health problems since the continuing standard gauge rail construction at Apapa port passes across the scanning site.

“Scanners are already on the ground,” he declared. However, we face a logistical difficulty because the standard gauge travels across the scanning location, making it impossible for us to utilize the scanner while the job is being done.

“The radioactive elements present would pose health risks to the workers if we installed the scanner while work was still being done.

“The one for Apapa has not been installed, but the ones in Onne and Tin Can ports are operational. However, I’m confident that with collaboration and communication from the Nigerian Ports Authority (NPA) and the Ministry of Transportation, the job would be nearly 90% finished. The scanners will be put to use before the following two months.

Oriental News Nigeria reports that the Command has a 1.27 trillion dollar income goal by 2022.