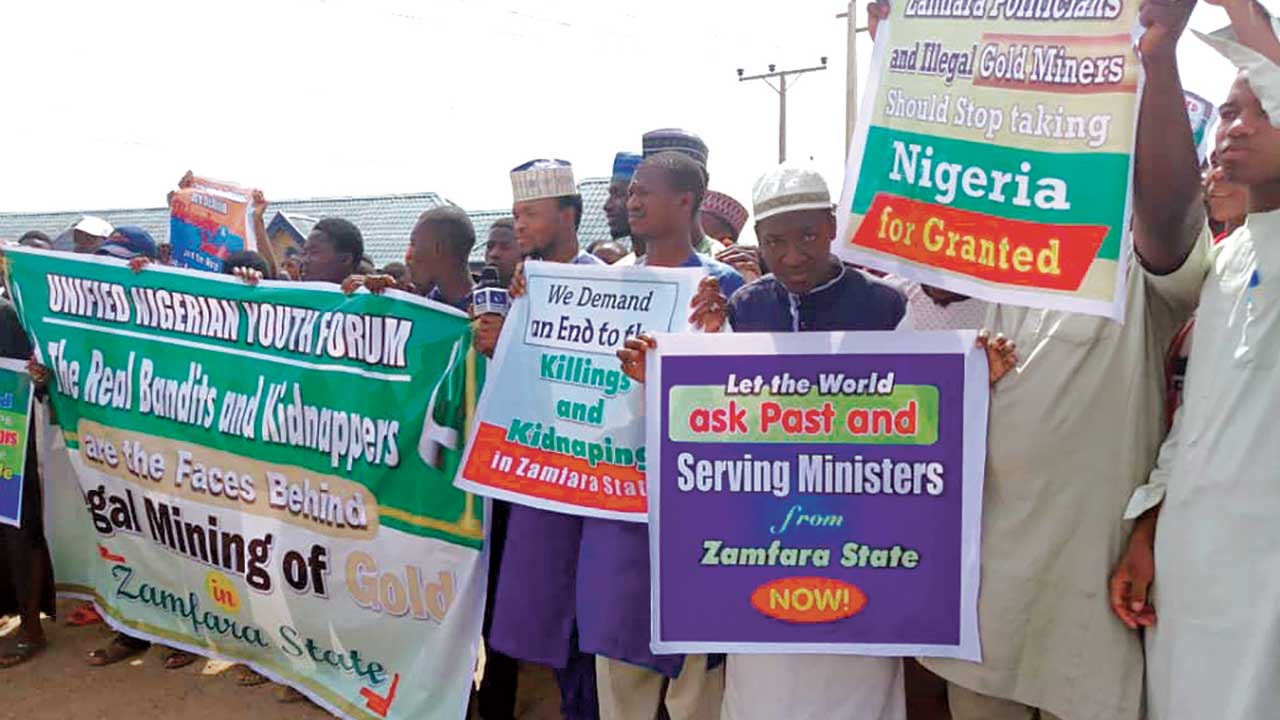 The Coalition of Northern Nigerian Youths Associations, under the umbrella of Arewa Youths Federation, on Monday peacefully protested the incessant killings by bandits in Zamfara.

Adamu Matazu, the President Arewa Youths Federation, said the protest was to highlight the level of insecurity in Zamfara and the entire Northwestern zone, so as to elicit positive action to contain it.

Matazu said: “This breach is now extending from killings to targeted abductions that are intended to be high profile; these crimes are also beginning to spill into neighbouring states.

“In spite of the well-intended steps so far taken by the Federal Government and implemented in part by the nation’s security and military services, the situation remained unabated.

“This has confirmed our earlier fears that the criminality is orchestrated by political elites and traditional rulers in some parts of the country.

“The crux of the matter is that these elites are operating illegal gold mines….knowing fully well that the practices violates local and federal laws.

“They are also aware that their activities which thankfully have been stopped by the federal government are detrimental to the state economically, environmentally, security-wise and socially.

“The Arewa Youths Federation hereby calls for an end to killings in Zamfara and the whole of the North West Nigeria.

“Our call is imperative because, we stand by the people of Zamfara, we stand with people of North West Nigeria.

“We assure that we are not powerless as a people to demand respect for human life in this part of Nigeria and across the country.”

Matazu appealed to law enforcement agencies to step in and clamp down on the gold merchants in the area and step up efforts to track down the supply chain of gold from the area.

He appealed to the federal government not to go back on the ban of illegal gold mining in Zamfara and part of North West.

He said: “Nigerians are strongly behind President Muhammad Buhari and we will continue to provide the necessary support to security agencies.”

The coalition condemns the abduction of District Head of Daura, Alhaji Musa Umar and called on the kidnappers to release him unconditionally.