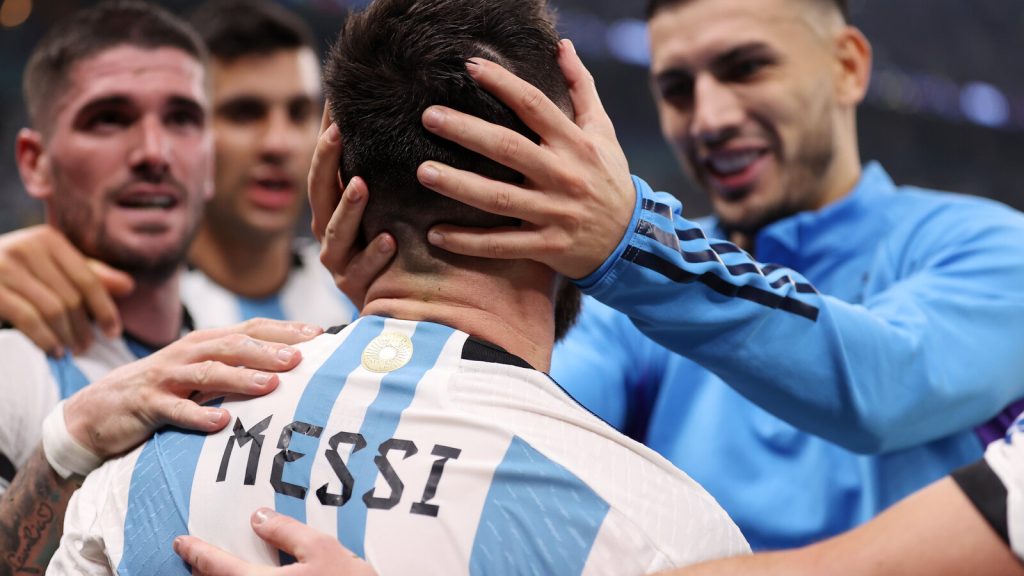 Lionel Messi and Julian Alvarez were easily the shining stars as favourites Argentina destroyed Croatia Tuesday night, December 13, at the Lusail Iconic Stadium in Lusail, Qatar, to romp into the 2022 World Cup final.

It was a night on which the North American giants laid own the marker, thrashing their East European opponents Argentina 3-0 – Messi opening scores via a first-half penalty  (34’minutes pen), after which he laid the foundation for Alvarez to complete the rout with a goal either side of half time – in the 39th and 69th minutes of the game.

Croatia thus failed to realize their ambition to reach the final for a second World Cup in a row, while Argentina reached the World Cup final for the first time since they last did so in 2014 where they lost to Germany.

Messi and co. now wait to know their final opponents – either surprise package Morocco or defending champions France, both of whom clash tomorrow evening.