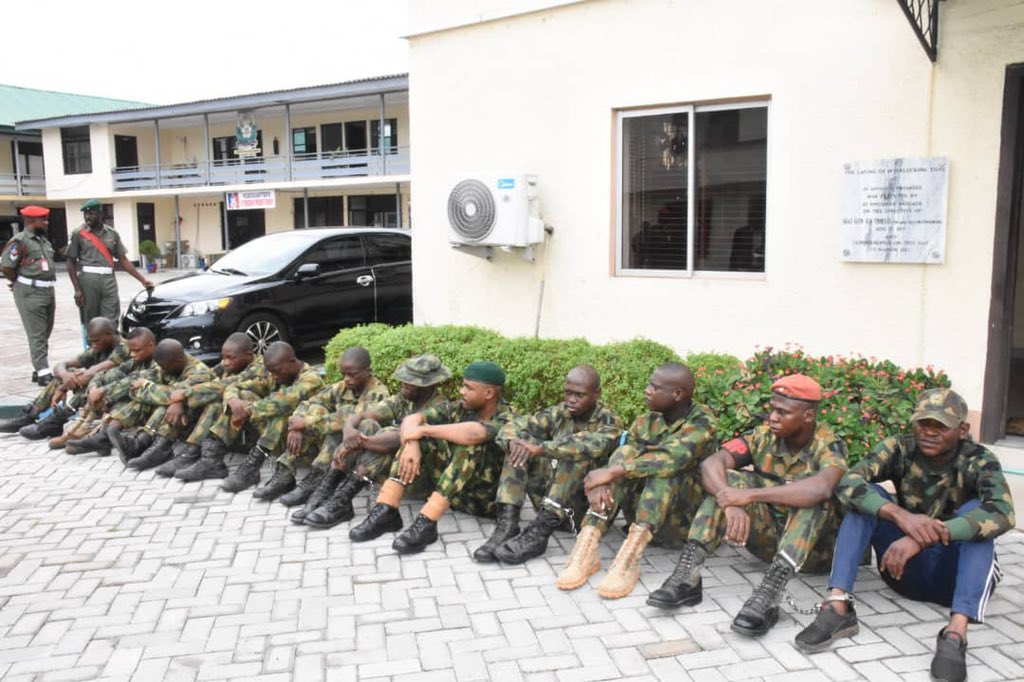 Army says the imposters are portraying the Nigerian Army in bad light during OPERATION CHECKMATE within Lagos and States.

“He noted that person displaying military banners and accoutrement such as belts and stickers on vehicles and driving commercial vehicle in military uniform as well as driving civil vehicle painted in Army colour are most often not personnel of the Nigerian Army.

“He said in an effort to curtail this ugly trend, the Division has heightened the activities of OPERATION CHECKMATE to ensure regular arrest of impostors and offenders within the Division area of responsibility.

The GOC disclosed that over 150 impostors have been arrested from January last year till date.

“Major General Musa during the parade of the suspected impostors explained that preliminary investigation revealed that some of suspects specialized in mounting road block along Ajah road to extort money from motorist as well as indulge in other illegal duties while dressed in Nigerian Army Camouflage uniform.

“Similarly, the GOC said there are some arrested fully dressed in military uniform who were caught along the Ilaro Border area of Ogun State where they carry out smuggling of rice and other contrabands.

“The GOC said the arrested impostors would be handed over the Nigerian Police for further action.

He therefore urged members of the public to desist from wearing military uniform and T- Shirts, display of military Banners, Belts and stickers on vehicles as well as driving of civil vehicles painted in Army colour.

“He further implored members of the public to continue to support the Division’s OPERATION CHECKMATE by proving information to the nearest Nigerian Army Formations or Units as part of efforts to rid Lagos and Ogun States or criminal elements who are bent on tarnishing the highly revered image of the Nigerian Army.

“The GOC thanked members of the press for their efforts in objective reportage of activities of the Nigerian Army” he said.