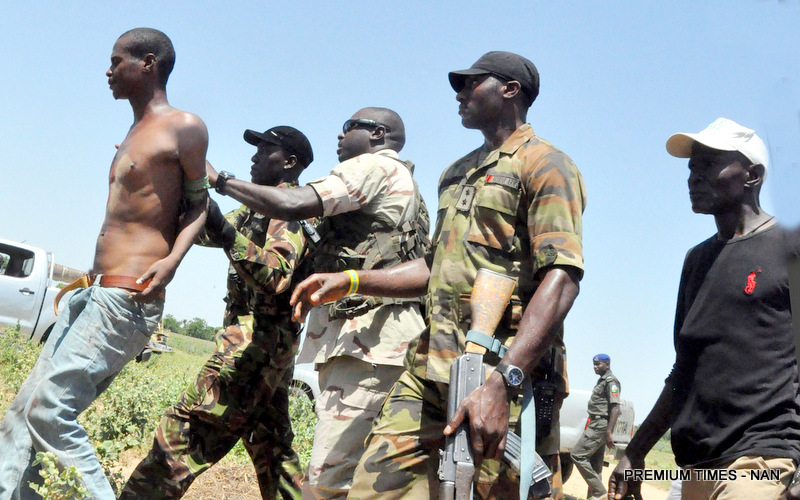 The Nigerian Army has made a big catch with the arrest of a high-profile member of Boko Haram in Borno State.

Modu, is being detained along the Damboa-Wajiroko road; one of the black spots in which the sect has launched a series of attacks against Nigerian Army troops in recent times.

Nwachukwu, said troops raided two locations in Borno; as well as a neighboring area where improvised explosive devices materials were made which the sect and fighters from the Islamic State in West Africa Province (ISWAP) had been using the location for their operations.

Among the items recovered from the site were 251 bags of Urea fertilizer used in making explosives.

Nwachukwu further disclosed that two Boko Haram members were arrested on-site. He added that the depletion in the ranks of the terrorists has seen the sect desperately acquiring IED materials to make explosive devices with which to unleash terror on innocent civilians.