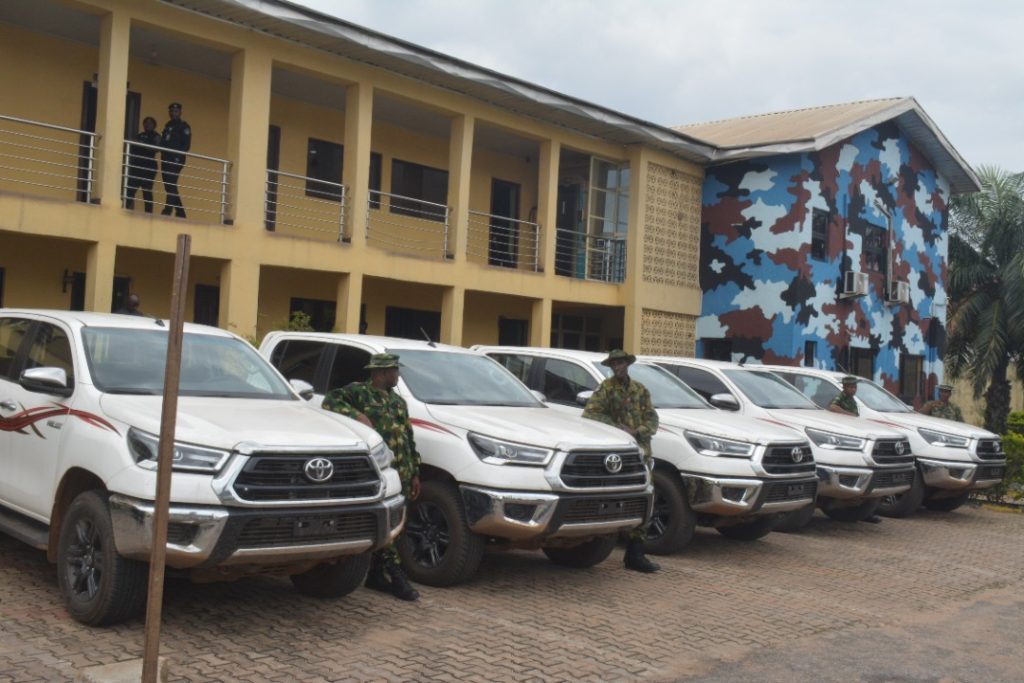 The Chief of Defence Staff, General Lucky Irabor, said the gesture of the Hilux patrol vehicles to the Police was done in the spirit of inter-agency collaboration.

General Irabor, who was represented by 63 Brigade Commander, General Mayeranso David Saraso, said that the gesture was to support and enhance the performance of the police in the security of life and property across the State, “because there is need to assist other security agencies with the required tools to help in security”

The Patrol vehicles were received by Commissioner of Police Delta State Police Command, CP Ari Muhammed Ali, in company with members of the Command’s management team.

According to Delta State Police Public Relations Officer PPRO DSP Bright Edafe, “CP Ali in his remarks noted that, it was a day of happiness for the Command, that the gesture exhibited by the CDS is one of a kind, uncommon and quite unbelievable, which will in no small way boost the morale of Police personnels in the State.

The CP assured the CDS that the vehicle will put into good use and will definitely enhance the fight against crime and criminality in across State”.