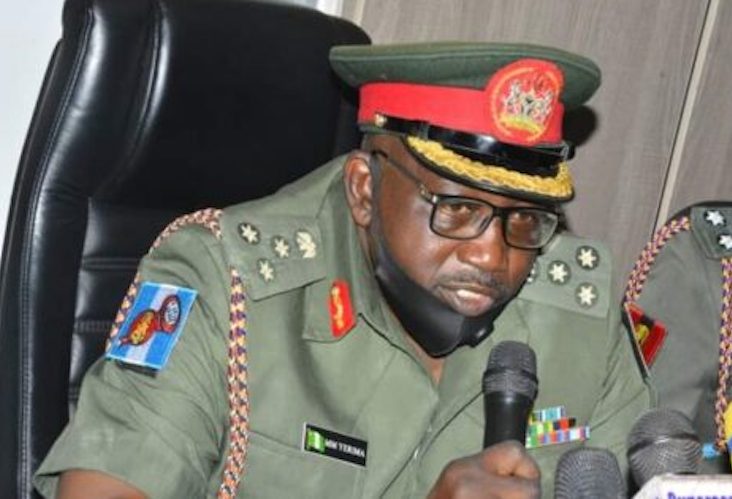 The Nigerian Army troops of ‘Operation Tura Takaibango’ have eliminated 25 Boko Haram/ISWAP terrorists and captured cache of arms and ammunition in a clearance operation around Chikun Gudu and Kerenoa in Borno.

The Director, Nigerian Army Public Relations, Brig.-Gen. Mohammed Yerima disclosed this in a statement on Wednesday, March 10, in Abuja.

He said Chikun Gudu and Kerenoa are adjoining villages under Marte Local Government Area of Borno.

Yerima said the operation was conducted on Tuesday by the combined troops of Sector I Operation Lafiya Dole and 402 Special Forces Brigade.

“The troops not swayed by the success project further to ensure no elements of the terrorists were left within the area.’’

Yerima said that the Chief of Army Staff, Lt.-Gen. Ibrahim Attahiru had commended the troops and charged them to maintain the momentum.

He said that Attahiru also instructed the troops not to relent in their new offensive against the terrorists.