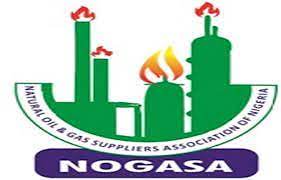 Despite the intervention of the Department of Security Services, DSS, directing government agencies to end petrol queues across the country, current bottlenecks has raised fears among some retailers who have called for more stringent measures to stabilize the system.

This is coming as the Natural Oil and Gas Suppliers Association of Nigeria (NOGASA), warned that unless urgent steps are taken by the federal government, fuel scarcity presently being experienced across the country may linger more.

It said the development has made the distribution of petrol difficult.

The National President of NOGASA Benneth Korie, said the high cost of diesel has raised the operational costs of members thereby impacting on petrol distribution.

According to him, it costs about N70 per litre to move petrol from the depots to filling stations in the northern parts of the country.

“I have said this before, if you fix the high cost of diesel by lowering the price, it will significantly reduce the pump price of petrol. Subsidy should be on AGO not PMS”, he stated.

Korie noted that many of his members have had to rely on loading from private depots owned by major marketers as government owned depots were empty.

NOGASA therefore called on the federal government to shift subsidies from petrol to diesel to reduce the operational cost of distributing petrol across the country.

Praising the intervention of the Department of Security Services (DSS) for the step it took in resolving the fuel supply challenge saying the DSS made things easier a bit.

“They were able to do something that made the process easier,” he said.