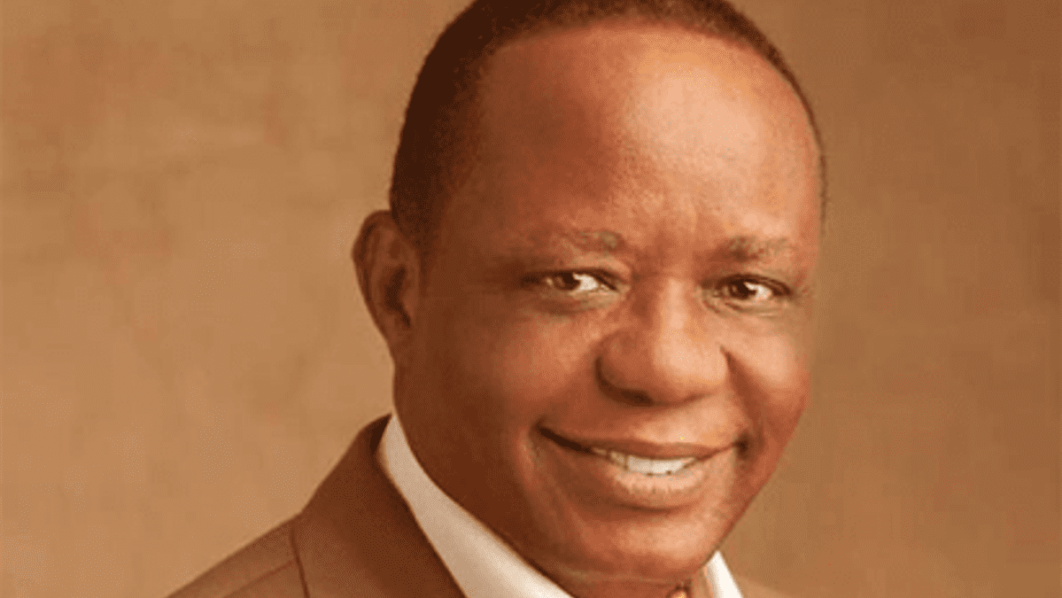 The embattled Former Managing Director/Chairman of the defunct Skye Bank Plc, Mr. Tunde Ayeni, has, yet again, suffered humiliating setback in his nefarious attempt to forcefully claim ownership of Ocean Marine Services Limited (OMSL) ; three years after he legally exited the Board of the company.

The former banker  is under investigations by the Economic and Financial Commission (EFCC) over his role in the diversion of over N29.5 billion from the bank’s vault while he was in-charge.

Ayeni, it is alleged, has turned around to blackmail  his former business partner and friend, Captain Idahosa Wells Okunbo, a Benin chief, business mogul and philanthropist.

In what many say is a deliberate attempt to arm-twist Capt. Hosa after selling his shares in OMSL in August 2018; Ayeni has written a series of petitions  against the businessman accusing him of all  corrupt acts.

But so far,  the corruption accusation has not stuck as Capt. Hosa has always come out victorious and vindicated. This may not be unconnected with the fact that his dealings with his accuser, when the goings-on  were good was done in sincerity of heart, purpose and the spirit of comradeship.

In the latest vindication, the Nigeria Police has described as false and baseless all the  allegations of corruption and manipulation against Okunbo laid by Ayeni.

This is contained in a letter titled, ‘Police Investigation Report,’ from the office of the Inspector-General of Police, dated Tuesday 16 March, 2021, addressed to Alegeh & Co, the legal representatives of Capt. Hosa.

The letter, duly signed by head, IGP Monitoring Unit, Assistant Commissioner of Police (ACP) A.  Elleman, said the allegations could not be established as there were documentary evidence which confirmed Capt Hosa as the lawful owner of the company as Ayeni had sold his shares in the company to the later.

The letter reads in part:

“It is pertinent to state that the allegations of Stealing and Criminal Diversion of Company Funds as alleged by the Complainant _ Dr Tunde Ayeni against the suspect Capt. Idahosa Wells-Okunbo could not be established as there were documentary evidence provided by the Suspect _ Capt. Idahosa Weels-Okunbo which clearly shows that Capt. Idahosa Okundo has lawfully acquired Dr Tunde Ayeni’s interest in Ocean Marine Solution Limited (OMS) for a valuable consideration of N2,000,000,000.00 (Two Billion Naira) only. So also, the allegation of Criminal Diversion of Company Funds is baseless, malicious and false as it hasn’t been proven by the Complainant.”

The latest acquittal is coming on the heels of a similar one by the Economic and Financial Crime Commission (EFCC) in June 2019.

The EFCC had in a letter EFCC/EC/GC/31/2538 dated June 25, 2019 and signed by director of operations, Mohammed Umar Abba said investigations on alleged diversion of N29.5 billion from the defunct Skye Bank Plc did not indict Capt. Okundo as alleged by Dr Ayeni.

The letter reads: “Investigations carried out so far reveals that Dr Tunde Ayeni is no longer a Director and shareholder of Ocean Marine Solutions Limited and PPP Fluid Mechanics Limited as he has  since sold his entire shares and resigned his appointment as Director and Shareholder of the companies.

“Consequent upon the foregoing, the Commission’s investigations so far did not indict the Chairman of Ocean Marines Solutions and its subsidiary companies, Capt. Idahosa Wells Okunbo on the alleged diversion of 29.5 billion naira from the defunct Skye Bank Plc, by Dr Tunde Ayeni,”

Ordinarily, the clean bill of health issued by the Nigerian Police and EFCC on the allegations of acquisitions against Capt. Hosa by his erstwhile  friend would have been enough to assume that the case had been rested. But following the antecedents of Ayeni, the former chairman of Skye Bank Plc  deliberately implicated Capt. Hosa, the lawyer to the later, Augustine O. Alegeh, SAN, in a letter dated March 18, 2021 asked the Attorney-General of the Federation and Minister of Justice, Abubakar Malami, SAN to promptly intervene and forestall further attempts  by Dr Ayeni to duplicate the investigation by sending the same petition to the newly appointed chairman of EFCC and other agencies.

“We also seize this opportunity to place on record our appreciation and that of Our Clients for your prompt intervention in forestalling the attempt by Dr. Tunde Ayeni to duplicate the investigation by sending the same Petition to both the Office of the Inspector-General of Police and the Chairman of the Economic and Financial Crimes Commission.

We respectfully request the Honourable Attorney-General and Minister of Justice to notify the Chairman of the Economic and Financial Commission of the outcome of the investigation by the Office of the Inspector General of Police so that the matter can be put to rest and treated as closed.

The law firm also informed, the newly appointed chairman of EFCC,  Abdulrasheed Bawa, of the development and the need to authenticate the Police report taking cognisance of Commission’s earlier report on the subject.

The latest battle between Capt Hosa and Dr. Ayeni followed a petition dated December 7, 2020 written by Falana & Falana’s Chamber on behalf of Ayeni charging the Inspector-General of police to investigate his part ownership of OMS as well as claims of financial diversion, stealing as well as mismanagement of large sums of money belonging to the company.

The twist in relations between the two dates back to 2017 when Ayeni under the interrogation of EFCC over infractions by the Board and Management of Skye Bank Plc under his management , told the Commission’s investigators that the sum of N29.5 billion he confessed to have been  diverted by the bank was invested in acquiring shares in OMS and its subsidiary.

But diligent investigations carried out by the EFCC team found his claims to be false. It  would seem that Ayeni had expected Capt Hosa to bail him out one way or the other. Perhaps, his bitterness may have emanated from the glorious success of OMS in recent times.

Meanwhile, the IGP Monitoring team in the latest report said, “Upon the receipt of the petition and in compliance with the directive of the Inspector General of Police that, the matter under reference should be investigated, on the 7th January 2021, the suspect (Captain Idahosa Wells-Okunbo) volunteered a statement under word of caution and denied all the allegations levelled against him and presented all the documentary evidence to support his claims and transactions that took place between him (Captain Idahosa Wells-Okunbo) and the complainant (Dr Tunde Ayeni).

According to the report, the police stated that during the investigations, all the requisite documents were copied and distributed by the parties to all stakeholders and relevant agencies, and thereafter invited Ayeni on account of his statements.

The Police said in the course of their investigations they established that both men had been friends since 2003, which led to a lot of business relationships, one of which was Ocean Marine Security Limited, which later rebranded as Ocean Marine Solutions Limited.

The report, therefore, concluded thus: “That the allegations of stealing and criminal diversion of company funds as alleged by the complainant, Dr Tunde Ayeni against the suspect, Captain Idahosa Wells-Okunbo could not be established as there was documentary evidence provided by the suspect – Captain Idahosa Wells-Okunbo, which clearly shows that Captain Idahosa Okunbo, has lawfully acquired Dr Tunde Ayeni’s interest in Ocean Marine Solutions Limited (OMS) for a valuable consideration of N2, 000, 000, 000 (Two Billion Naira only).

“So, also, the allegation of criminal diversion of company funds is baseless, malicious and false as it hasn’t been proven by the complainant.”

The report has since been forwarded to the EFCC and the Attorney General of the Federation and Minister of Justice, thus, foreclosing Ayeni’s false allegations against Okunbo and his attempt to return to the company through other means possible.

Meanwhile, sources within the police have alleged blackmail and attempt to influence the report by Ayeni, saying sources within his camp have threatened to go on a media onslaught in the bid to change the situation in his favour.

“A close associate, who takes side with true position hinted me of a damaging allegation in the making. The intention is to blackmail the police over the report and further accuse Captain Hosa of influencing the process. Please, note that figures will be alleged,” the police source hinted.

However, in his separate letters to the AGF and the EFCC, Okunbo through his lawyer, Augustine Alegeh of Alegeh and Co., expressed the appreciation of his client to Malami for intervening when Ayeni attempted to duplicate the investigation by sending same petition to the police and the EFCC.

“We respectfully request the Honourable Attorney General and Minister of Justice to notify the Chairman of the Economic and Financial Crimes Commission of the outcome of the investigation by the officers of the Inspector General of police so that the matter can be put to rest an d treated as closed,” the letter stated.

In yet another letter to the EFCC chairman, Okunbo’s lawyers, while reiterating the content of the letter they sent to Malami, also emphasised to Bawa: “We trust you will now treat the matter as closed.”

Some weeks back, Ayeni petitioned the EFCC through his lawyer, Femi Falana, SAN, and alleged that he sold his shares at the OMS under duress while also accusing Okunbo of stealing and criminally diverting company funds.

But, three months after the petition became public, investigations carried out by the Inspector General of Police Monitoring Unit, have absolved Okunbo of any wrongdoing.

With the new twist in the fracas initiated by Ayeni to humiliate his hitherto bossom friend, wisdom demand that he stops his childish intrigue playing to the gallery by trying to pull down the man who has given him all the support he needs to become useful in his career.

There is no doubt that if Ayeni chooses to stop the campaign of propaganda against Okunbo, he would still find space in his heart to forgive him. But if Ayeni refuses to listen to voice of reasoning and continue to fight a humble, honest, God fearing, transformation initiator, loving personality like Okunbo, he would soon meet his Waterloo as evidence in the vindictive letters coming from the law enforcement agencies speaks the obvious.

However, the same agencies he and his co-workers are writing petitions that would soon turn their search light on him to unearth his evil deeds in Skye Bank and that  jail may become his abode.