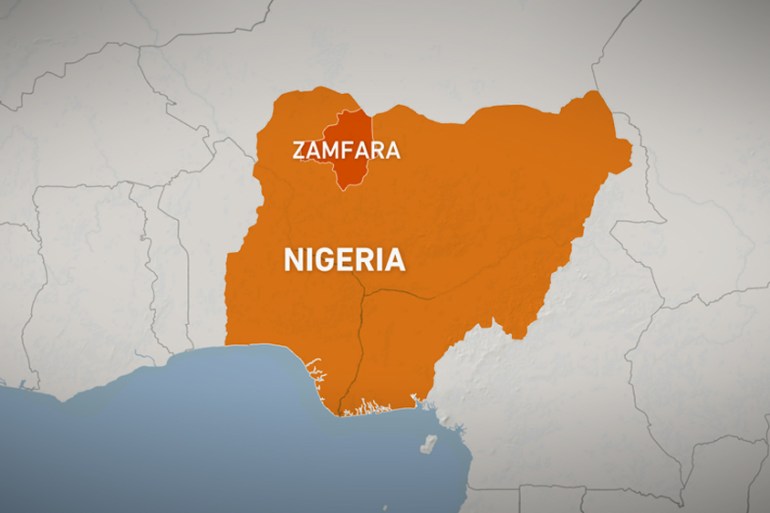 Northwest and central Nigeria have been terrorised for years by criminal gangs who raid and loot villages, steal cattle and carry out mass abductions of residents for ransom.

“A total of 48 people were killed by the bandits in the three villages (Damri, Sabon Garin and Kalahe) attacked Friday afternoon,” said Aminu Suleiman, administrative head of Bakura district where the villages are.

Dozens of gunmen on motorcycles entered the three villages in coordinated attacks, shooting people as they tried to flee, Suleiman said.

The worst hit was Damri, where the gunmen killed 32 people, Suleiman told AFP, including patients at a hospital.

Troops deployed in the area engaged the attackers in a gun battle, forcing them to withdraw, Suleiman added.

Abubakar Maigoro, a Damri resident, said the gunmen went on a shooting spree before looting livestock and food supplies.

“We buried 48 people killed in the attacks,” Maigoro said.

Nigerian police did not respond to requests for comment, according to AFP.

The criminals have recently stepped up their assaults despite military operations against their hideouts.

In the past two months, they have attacked a train between the capital Abuja and Kaduna city and kidnapped dozens of passengers, massacred more than 100 villagers and killed a dozen members of vigilante groups.

According to the Armed Conflict Location and Event Data Project (ACLED), bandits killed 2,600 civilians in 2021, an increase of 250 percent from 2020.

Nigerian President Muhammadu Buhari, a former army commander, has been under intense pressure to end bandit violence before he leaves office next year at the end of his two terms in power.

Buhari called on security forces to “do all that can be done to bring an immediate end to the horrific killings”.

“The rural folk in Zamfara and elsewhere must be allowed to have peace,” he said in a statement Sunday.

The violence has forced thousands to flee to neighbouring Niger, with over 11,000 seeking refuge in November, according to the United Nations.

Officials in Zamfara say more than 700,000 people have been displaced by gangs, prompting the officials to open eight camps to accommodate them.