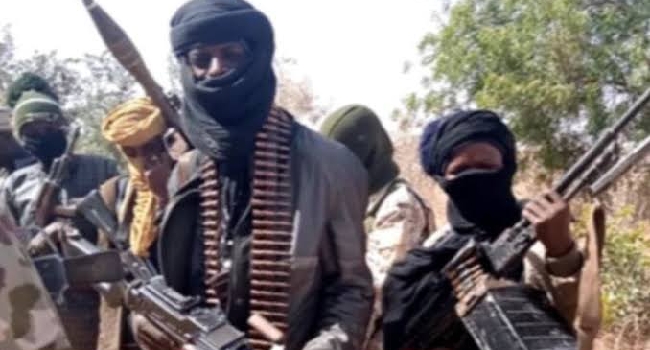 Failure to pay imposed taxes on farmers have prompted another round of attack on farmers in Katsina leading to several abduction of children.

Bandits reportedly abducted 39 children who were harvesting crops at a farm in Mairuwa community, Katsina state in north west Nigeria.

The Police confirmed on Wednesday that bandits surrounded the farm on October 31, 2022 where a number of people were working and abducted the children who were not able to flee.

Mr Adamu Abdullahi, one of the eyewitnesses, said that Mairuwa community had been worst hit by the bandits.

He said in the recent attack, the bandits surrounded the farm and started shooting sporadically before abducting the labourers.

Adults working in the farm were able to escape the invasion, but the children were not lucky.

The bandits, reports say, were irked by the inability of the farm’s owner to pay a levy imposed on him before he could be allowed to harvest the crops.

“They demanded N3 million ($4,800) from the owner of the farm but he made an advance payment of $1,600 and decided to begin the work before completing the payment.

“But the bandits were not impressed and raided the farm and kidnapped the children for ransom. The bandits have used the cell phone of one of the victims to call, demanding a ransom of N30 million ($50,000).

“They said they were at the farm to abduct the owner or his representative but because they did not find either of them, they decided to kidnap those working for them,” Mr Abdullahi added.

Parents of the victims accused the farm owner and his representative of risking the lives of their children.

It has become customary for farmers to pay levies to bandits in order to be allowed to harvest their crops.

“What is happening to farmers in north west is failure of security,’’ said Mr Abdul Abubakar, a resident of Katoge in Kankara, Katsina.

He said that bandits placed a levy of N2 million ($3,200) on villagers in Katoge to access to their farms.

The spokesman of the in Katsina state Police Command, Mr Gambo Isah, on Wednesday confirmed the abduction of the children as well as the ransom demand and promised that efforts were being made to rescue the children.

He said that six out of the 39 children regained freedom on November 1, 2022.

Mr Musa Danhassan, the chairman of the Poultry Association of Nigeria (PAN), Katsina State chapter, lamented that bandits in north west Nigeria have turned to local farmers to make money by imposing levies and taxes because of the government’s inability to offer security to the remote area.

He said that over than 400 poultry farms have been shut down due to insecurity and that more would run out of business if the government fails to take decisive action against bandits and kidnappers operating in the state.

“This is very unfortunate. The poultry farms are located in flash points where banditry and kidnapping are rampant, forcing the farmers to desert the farms to save their lives.

“Everybody knows you cannot establish a poultry farm in the town or city, it has to be on the outskirts or in a village. That is where the birds will get enough space and air, but bandits and kidnappers have refused to give us breathing space, so nobody will like to risk his or her life,” he said.

Danhassan appealed to the state government to come to the aid of the farmers and take urgent steps to restore peace to areas affected by insecurity so that the farmers would return to their business.