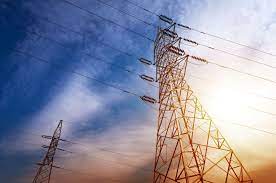 After the Bangladesh cabinet last month amended the Bangladesh Energy Regulatory Commission (BERC) Act 2003 to include a provision to permit the government to adjust the prices of gas, electricity and fuel in special circumstances, electricity retail price has been hiked by 5 per cent ignoring BERC’s public hearing.

The custom has been to announce such decisions 90 days after BERC holds public hearings for adjusting gas and electricity prices.

During a hearing on January 8, BERC’s technical evaluation committee had recommended raising the retail electricity price by 15 per cent. BERC was supposed to declare the new price within 60 working days of the hearing.

When the retail price of electricity was hiked in December last year by 19.92 per cent at the producers’ end, Nasrul Hamid, state minister for power, energy and mineral resources and BERC chairman Abdul Jalil had assured that the retail electricity price level would not rise, according to Bangla media reports.

But soon after, the six distributors started submitting their proposals to hike the electricity price by an equal percentage.