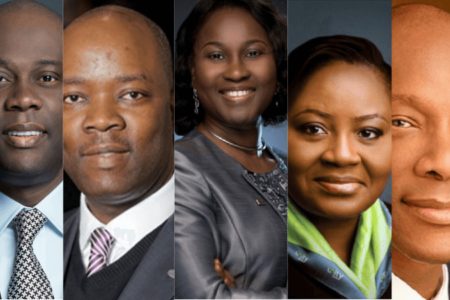 The Bankers’ Committee has awarded contracts for the rehabilitation of the National Art Theater in Lagos and the exercise is slated to start in September.

Herbet Wigwe, the Managing Director of Access Bank said this during a virtual briefing after Bankers committee meeting on Thursday.

The announcement was part of the resolution made by the exclusive forum for the chief executives of Nigerian banks and the directors of the different departments of the Central Bank of Nigeria.

Wigwe said, “As a starting point it is just to let the public know that work on the National Theatre has started in earnest and completely and I think maybe I need to step back a little bit to share for those who don’t understand what is going on there and why we chose to work on the national theatre and how far we have gone.”

The CBN and the Banker’s Committee had on February 14, 2021 agreed to support the creative industry through the transformation of the edifice into the Lagos Creative and Entertainment Centre.

To that effect, a Memorandum of Understanding and contract award signing ceremony was organised between the Federal Government, represented by the Minister of Information and Culture, Lai Mohammed and the Bankers’ Committee, represented by the CBN Governor, Godwin Emefiele.

The apex bank boss said that the reconstruction and refurbishment of the National theatre as well as the proposed Lagos Creative and Entertainment Centre will be completed in 15 months, with 35,000 and is expected to create 35,000 jobs.

The new facility would provide space, support network, business development and community engagement for the creative, cultural and technology sectors.

Based on the design, a Signature Cluster will consist of a building each for Music, Film, Fashion and Information Technology verticals as a Welcome/Visitor’s Centre, Police and Fire Stations, and structured parking for up to 500 vehicles would be built.

“First of all, the National theatre just by its configuration is a place to support creative arts. It is not just Nigeria’s pride, it is Africa’s pride as we all recall. But unfortunately, overtime we could not find a decent place that could host a significant number of people if they are coming to an international convention.

“All of that work is going on. The second module to the National Theater which are the sections like I shared that have to do with music, that have to be with fashion, that have to do with IT. So, now that second phase will start shortly, I think most of the contracts will be awarded sometime in September and we expect that the entire project should be completed.”

According to him, local contractors will be given special consideration during the contract awards.

For Stanbic IBTC Bank MD, Wole Adeniyi, the National Theatre would restore Nigeria’s past glory in the continent and boost the economy.

He noted that on completion, the Theatre would boost foreign exchange revenues in the country.

Adeniyi said, “This is also something we discussed and it was fully supported and it is something that will bring back the glory days. The National Theatre used to be a melting point of creativity and melting down of opportunities for the youths.

“In addition to that, rather than people actually traveling out of Nigeria, people will be coming into Nigeria and some of the FX we are looking for, Nigeria will become a tourist destination and will actually attract foreign inflows.”

Oluwatomi Somefun the MD of Unity Bank said the restoration of the National Theater and the construction of facilities around it for the creative industry is a remarkable innovation by the Bankers’ Committee.

“There is no doubt about it that when this is completed, it will be a big boost to the economy, especially the economy of the host state which is Lagos State in terms of the fact that it will create lots of jobs especially for the youths, it will boost tourism,’” she said.

The committee also discussed the state of economy, Foreign Exchange (FX) policies and stoppage of FX to the Bureaux De Change Operators.

the Group Managing Director (GMD) of Guaranty Trust Holding Company (GTCO), Segun Agbaje added that the new Forex policy is for people that have genuine needs.

It will be recalled that at the 280th Monetary Policy Committee (MPC) meeting, the governor of the CBN, Godwin Emefiele announced an end to the supply of Forex to Bureau De Change (BDC) operators.

The governor, however, instructed Deposit Money Banks (DMBs) in the country to set-up Forex desks in their various banks to attend to invisibles such as Business Travel Allowance (BTA), Personal Travel Allowance (PTA), among others.

“I hope that many of you will see that the new Foreign Exchange policy with regards to Invisibles, Personal Travel Allowance (PTA), Basic Travel Allowance (BTA), tuition fees, and medical payments, is working very well.

“We have taken it upon ourselves along with the regulator to make sure that this works; and this is just the first phase and if you noticed most of the things you are doing today, you are going into the branches to do most things.

“But, we are going to also try to digitise this whole thing the way the world is going; and that is being done by Nigeria Inter-Bank Settlement System Plc (NIBSS) where you will be able to buy online,” Agbaje said.

According to him, the NIBSS already has a portal, through which banks share information on the application process.

Agbaje warned fraudulent individuals to have a change of mind as any one caught would not be able to do anything in the banking system again.

He further said the punishment would not only be meted to fraudulent individuals, but also to any bank and staff that contravened the apex bank’s rules.

In addition to digitising, Agbaje expressed the hope that customers would no longer carry out all their transactions by cash.

“The world today is not friendly about arriving in countries with cash, so we are hoping that people will be able to put this on their cards and card account.

“If you use a card, there is more KYC that can easily be done! It will be quicker, cheaper and faster, you will be less harassed when you arrive in countries and there will be no need for you to fill a cash declaration form,” he said.