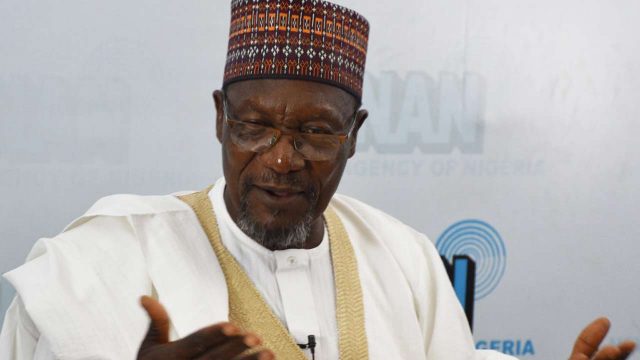 A Bill which seeks to provide an Act to prevent financial fraud in government and private organisations in the county has scaled through second reading at the Senate.

Abdullahi, while leading debate on the proposed legislation, explained that it would go further in assisting government to promote transparency and accountability; via provision of sophisticated mechanisms to prevent fraud by using advanced audit technology.

He said that the Bill was tagged “A Bill for an Act to establish the Chartered Institute of Forensic and Investigative Professionals in Nigeria”.

This, he said, would save government the cost of employing foreign forensic professional auditors for fraud investigation.

“Going by its objectives, the bill will promote high professional standards; ethics and etiquettes among members to eradicate cases of compromised auditing process and reporting . Interestingly, this bill when passed will make provision for the training of professionals from other disciplines; like lawyers, criminologists, and security experts, judicial officers, court registrars among others,” he said.

In his contribution, Sen. Ayo Akinyelure said the passage of the bill would help in preventing fraud in the nation’s financial system. The establishment of the Chartered Institute of Forensic and Investigative Professionals will uncover funds hidden in banks across Nigeria; the senator added.

“Today, many funds are hidden in our financial institutions running into trillions of naira. But because the technology required to uncover these frauds are not in place; the establishment of this particular professional body will go a long way to uncover most of these funds.

“I want to commend the leader of the Senate, for presenting this Bill.

“We can no longer fund our budgets. But some Nigerians are richer than this country, and the monies are hidden in the banks for no use,” he said.

The Bill was referred by Senate President, Ahmad Lawan to the Committee on Establishment and Public Service Matters; for further legislative input.

The Committee, Chaired by Sen. Ibrahim Shekarau (APC – Kano) is expected to present its report in two weeks.

University Student In Jigawa Kills Self Over Girlfriends Infidelity